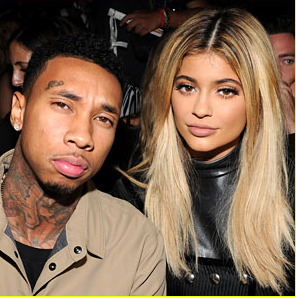 Kylie Jenner's ex-boyfriend Tyga has finally responded to speculations that her daughter, Stormi Webster, was fathered by him.

The 28-year-old rapper has categorically denied being the father of the child. He took to social media to deny the rumours.
He tweeted: "I’ve never said anything about someone else’s child or family insinuating my involvement; and will never do so. Please, Stop spreading false stories and attacking people’s families. I have nothing to do with any of that. People should be able to live in peace." 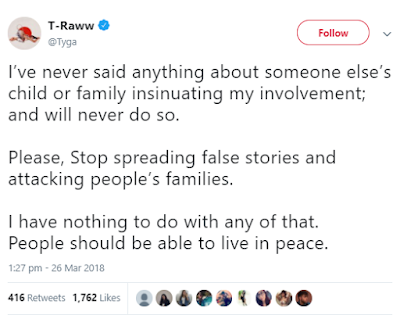 Meanwhile, fans do not believe Tyga and some replied by tweeting a snap Tyga shared where he insinuated the baby was his. 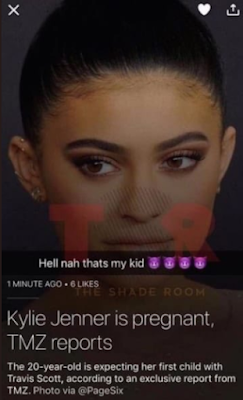