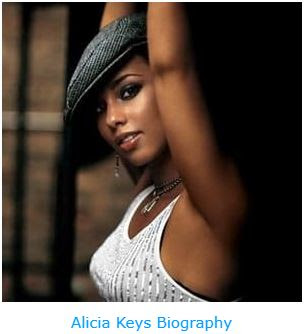 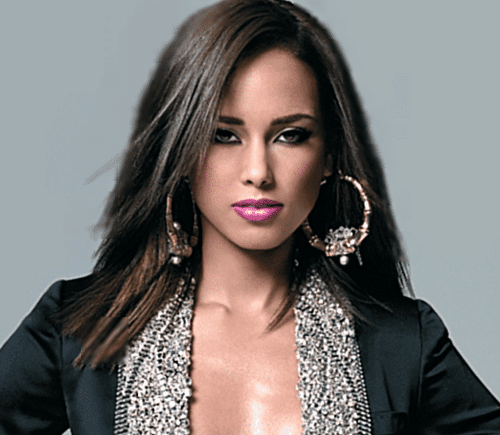 Alicia Keys (Alicia Augello Cook) was born on 25 January, 1981 in New York, United States. Her father is African American and mother is of Italian and Scottish descent. At the age of four, she participated on American television situation “The Cosby Show”. She went to dance and music classed by her mother throughout her childhood. At the age of 7, she learned classical music and playing the piano. At the age of 14, she began writing songs after enrolling in the Professional Performing Arts School. In 1996, she started her music career after contracting to J Records and Arista Records.Alicia Keys has featured in the movies and television shows including: The Cosby Show (1985), Charmed (2001), Saturday Night Live, American Dreams (2003), The Proud Family (2003), Sesame Street (2005), The Backyardigans (2006), Cane (2007), Elmo’s Christmas Countdown (2007), Smokin’ Aces (2007), The Nanny Diaries (2007), Dove: Fresh Takes (2008), The Secret Life of Bees (2008), Five (2011), Firelight (2012), The X Factor (Australian Version), The X Factor (US Version) and The Inevitable Defeat of Mister and Pete.On 5 June, 2001, she released her debut studio album “Songs in A Minor” by J Records. Producers participated in the development of the album are: Miri Ben-Ari, Arden Altino, Jimmy Cozier, Kandi Burruss, Brian mcKnight, Jermaine Dupri and Kerry “Krucial” Brothers. Singles from the debut studio album are: Piano & I, Girlfriend, How Come You Don’t Call Me, Fallin’, Troubles, Rock wit U, A Woman’s Worth, Jane Doe, Goodbye, The Life, Mr. Man, Never Felt This Way, Butterflyz, Why Do I Feel So Sad, Caged Bird and Lovin’ U.On 1 December, 2003, she released her second studio album “The Diary of Alicia Keys” by J Records. It was produced by Kumasi, Dwayne “D. Wigg” Wiggins, Easy Mo Bee, Dre & Vidal, Timberland, Kanye West and Kerry Brothers. Popular singles from the album are: Karma, If I Was Your Woman/Walk On By, You Don’t Know My Name, If I Ain’t Got You, Diary and Slow Down.On 9 November, 2007, she released third studio album “As I Am” by J Records. It was produced by Jack Splash, John Mayer, Mark Batson, Linday Perry and Kerry “Krucial” Brothers. Most popular singles from the album are Go Ahead, Superwoman, One One, Like You’ll Never See Me Again, Lesson Learned, I Need You and Teenage Love Affair.On 11 December, 2009, she released fourth studio album “The Element of Freedom” by MBK Records and J Records. It was produced by Noah “40” Shiebib, Toby Gad, Peter Edge, Jeff Bhasker and Swizz Beatz. Best songs from the album are: Doesn’t Mean Anything, Try Sleeping with a Broken Heart, Wait Til You See My Smile, Un-Thinkable (I’m Ready), Put It in a Love Song and Empire State of Mind (Part II) Broken Down.On 22 November, 2012, she released fifth studio album “Girl on Fire” by RCA Records. It was produced by Jamie Smith, Salaam Remi, Andrew “Pop” Wansel, Oakwud, Rodney Jerkins, James Ho, Antonio Dixon and Babyface. Best songs from the album are: Brand New Me, New Day, Girl on Fire and Not Even the King.
Tags : BIOGRAPHIES
Share This :