To boost non-oil exports, the Central Bank of Nigeria (CBN) and the Nigeria Export-Import Bank (NEXIM) will provide N500 billion for local manufacturers, CBN Governor Godwin Emefiele said yesterday.
He told financial reporters at a workshop in Uyo, the Akwa Ibom State capital, that CBN would continue to take major steps to support the economy and the real sector. He was represented by CBN Deputy Governor (Corporate Services) Edward Adamu.

Speaking on the theme: “Sustaining economic growth beyond recession”, Emefiele said it was key to remember how the economy got into a recession in the first instance.

Nigeria, he said, entered recession because of the fall in oil prices from an average of about $110 per barrel to $28 per barrel; normalisation of monetary policy by the United States Federal Reserve System, which led to the stoppage of an injection of about $85 billion per month into the global economy; and geopolitical tensions among critical trading routes and partners around the world.

He said the foreign reserves would continue to grow, adding that the reserves may hit $50 billion sometime later this year.

“In light of these and other policy responses, we are delighted that the economy has turned the corner with our worst days clearly behind us. For example, the GDP recovered after five quarters of continuous contraction, recording positive growths of 0.7 and 1.4 per cent in quarters two and three of 2017, respectively, and signalling an exit from the recession; inflation declined from a peak of 18.7 per cent in January 2017 to 14.3 in December 2017; exchange rate appreciated significantly from over N525/$1 in February 2017 to about N360/$1 today, tapering premium across various windows and segments of the market,” he said.

Emefiele said there was a boost in local production, which he attributed partly to the CBN’s development finance efforts and the dogged implementation of its foreign exchange (forex) policies. “Today, many local manufacturers are reporting major boosts to their revenue and profit. Whilst basking in the delight of these accomplishments, what then must we do to sustain them and ensure that we do not slide into another recession? Those of us who have been entrusted with leadership and policy making responsibilities must neither become complacent nor over-confident. We must strive to improve and sustain the same policies that have gotten us this far,” he said.

Emefiele said though the import bill might have fallen, the manufacturing and agriculture sectors still have a long way to go to attain self-sufficiency in those sectors.

“We must not be quick to discard the restrictive measures which aided our recovery simply because the metrics have improved. At the CBN we will continue to fine-tune our policies and strategies based on our understanding of evolving developments and supported by in-house technical analysis and simulations. We will remain proactive in ensuring that the welfare of Nigerians is optimised at any point in time.

In the area of development finance, he said the CBN would continue to provide access to much-needed credit to sectors with the potential to create jobs on a mass scale.

“In this regard, we will explore opportunities to expand the highly-successful Anchor Borrowers’ Programme to other crops and States,” Emefiele said. 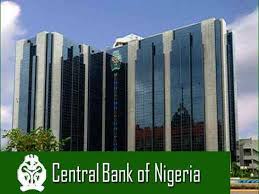