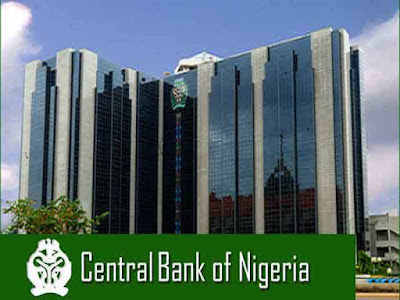 The Central Bank of Nigeria (CBN) has said that it is working with market associations and other stakeholders to enhance the circulation of new naira notes.The move, according to the central bank, was part of efforts to ensure that the high incidence of dirty naira notes and currency mutilation in the economy was addressed.CBN Governor, Mr. Godwin Emefiele disclosed this in an interview with journalists in Washington DC.He assured Nigerians that the central bank would continue to print new notes as well as address concerns about defacing of the nation’s currency.“We would keep printing new notes. I do know that new notes are being printed.“Our Director of Currency, the banks and market associations are working together to ensure that those currencies are delivered directly into the markets so that people feel what we are doing,” he added.Following concerns of rising incidence of mutilated currencies in the economy, the CBN had reduced the amount of money it charges banks for sorting mutilated naira notes from clean ones to N1,000 per box from N12,000 per box. The reduction was however, limited to lower denomination naira notes, or polymer notes, namely N50, N20 and N10 notes.Also, the reduction to N1, 000 per box which became effective in January, and lasted for three months.Apart from the clear health risk dirty notes pose to the people who use them, the country’s national pride is greatly undermined in the eyes of the world.Studies have also shown that dirty money poses serious health hazard to those who handle it as trillions of such currencies in circulation are full of disgusting germs.For instance, a study in the Journal of the American Medical Association studied bacteria from coins and notes found potentially harmful germs like fecal bacteria, E. coli and Staphylococcus aureus on 13 per cent of coins and 42 percent of notes.A separate study by an Irish researcher at the Cork Institute of Technology (CIT), Emma Gabriel that also tested banknotes for Staphylococcus Bacteria showed that 97 per cent of the sample notes tested positive for the presence of potentially dangerous bacteria on their surface. This may be even higher with the dirty and awful smell from most dirty naira.“The five notes which tested negative were in mint condition, and the older the currency was, the more contaminated it was. The coins were less contaminated because they are made from bacteria-static metals,” the study revealed.Furthermore, the study showed that dirty money could specifically pose a risk to immuno-suppressed people — people whose defence against bacteria are already low.According to Wiki, “Currency changes hands constantly” and one never knows where the money in ones’ possession has been, particularly banknotes, which has the tendency to build up grime and may be loaded with bacteria. Notes collect dirt and discoloration from the germs that rub off people’s hands.Of course, not minding how careful one is, our own local unit- naira- can easily be put to unfit condition.Based on the arrangement, banks are expected to return mutilated currency to the CBN for clean naira notes.Hence, they are expected to sort mutilated naira notes from clean ones, before taking the mutilated notes to the CBN for replacement with new ones.However, to avoid the cost of machines and process for sorting the naira notes, they return the notes unsorted to the CBN.The Acting Director, Corporate Communications, CBN, Okoroafor had said: “We have enough new ones to issue to them. Our problem is that banks have not been returning these notes because of the fear of sorting that we would charge them.”Drop Your Comment On This Post