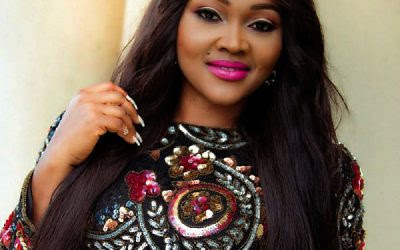 Mercy Aigbe is quite popular for her roles in Nollywood Yoruba movies. She’s also known for her unique fashion style which has earned massive followership on social media. In this post, we take a look at her personal life, career and the movies she has featured in.


Early Life
Aigbe was born on the 1st of January 1978 in Edo State. She is the second child from a family of five.

Education
The actress grew up in Lagos where attended Maryland Comprehensive Secondary School Ikeja, Lagos before proceeding to The Polytechnic Ibadan popularly called Ibadan Poly where she bagged a National Diploma in Financial Studies’

After earning her diploma, Aigbe attended the University of Lagos after where she obtained a Bachelor’s degree in Theatre Arts in 2001. She was a classmate of another popular Nollywood face, Victoria Inyama.

Career
After her degree, the journey to become an actress wasn’t as straightforward as she would expect.

The actress revealed that it wasn’t hard finding people in the industry that believed in her. At the initial stage, she was paid peanuts. In fact, she disclosed that there was a time she was on set for 3 weeks and was paid only N2000.

According to Aigbe, it was only her passion for acting that made her stay in the industry because when she compared it to where she was coming from it wasn’t anything to write home about. Prior to joining the industry, Aigbe revealed that she had a business that was doing well. As a matter of fact, the business had done well enough for her to afford a personal car.

Personal Life
Mercy Aigbe has been married twice. The actress revealed that her first marriage crashed because she was young and naïve at that time but the union produced one beautiful daughter.

According to Aigbe, her husband’s mother didn’t want him to marry her because she was from a different tribe and she made sure she went through hell. This was what gave her no choice than to leave.

Mercy Aigbe married Lanre Gentry on the 19th of December 2013. Gentry had lived in America before coming to Nigeria to set up a hotel business.The union produced one son, Juwon.

Early in the marriage, there were speculations that Gentry used to beat the actress and these rumours were eventually confirmed in early 2017 when pictures of a bleeding Aigbe surfaced on the internet. Initially, it was thought that the pictures were from a movie but it was later confirmed that they were the result of physical abuse by her husband.

The actress has since moved out of her matrimonial home but it seems her estranged husband wants her back and he has been trying to find ways to make amends. However, Aigbe has been unflinching and doesn’t seem interested in the marriage anymore.

Fashion and Style
Mercy Aigbe is quite popular for her unique fashion sense. At the 2016 edition of the Africa Magic Viewers’ Choice Awards, the dress she wore to the events earned her multiple awards and the outfit continued to trend on social media for many days after the ceremony.

According to reports, the dress was designed by Ceoluminee and the actress revealed that dress earned many new followers on social media after the event.

Aigbe’s interest in fashion has seen her launch a clothing store called Mag Divas Boutique. The store was opened in November 2014 and has been successful so far.

The actress received an award recently during the Links and Glitz World Awards as the Fashion Entrepreneur of The Year.

Dress Controversy
Recently, there was a major controversy on the internet with regards to Aigbe’s 40th birthday photoshoot.

It was reported that Aigbe had worn a dress made by fashion designer, Maryam Elisha that was meant for a bride.

The bride posted her story on Instagram of how the designer had deceived her by giving her wrong dress and she lied that it was a logistics issue that delayed her dress not until she saw her outfit being worn by Mercy Aigbe wore for her birthday photoshoot.

There were several allegations and the bride insinuated that the designer had given her an inferior dress because she isn’t as popular as the actress.

Subsequently, the fans of Aigbe demanded an explanation which came 9 days after the news broke on social media.

Aigbe released a statement absolving herself of any blame. The actress revealed that she was unaware of the source of the dress as she made a request for dresses and she simply wore what was brought to her. Aigbe further revealed that she hired and paid a stylist, Seun to get 4 dresses for her unfortunately one of them was that of the bride.

Aigbe sympathized with the bride and expressed her displeasure with her stylist and the fashion designer.

Photo Controversy
Aigbe was recently criticised by fans as a result of a picture which surfaced on the internet where the actress was seen in an indecent position with fellow actor, Bolanle Ninalowo.

The picture showed the actor groping the mother of two and kissing her passionately. The shots were from the seen of the movie, Judas.

However, some of her fans that defended her claiming she was just doing what she was paid for but several others insinuated that it was such show of indecency that must have been responsible her current marital crisis.
Tags : BIOGRAPHIES
Share This :