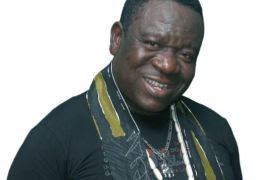 Mr Ibu is a popular Nigerian comic actor. He is known for his funny stupidity and humorous acting in movies.

Over the years, he has made his name for himself with the Mr Ibu brand and many fans don’t even know his real name.

The actor has featured in movies like Mr Ibu, Mr Ibu in London, Police Recruit, 9 Wives, Ibu in Prison, Ibu runs mad in America and many others.

In this post, we take a look at this Nigerian comic and how he has made a name for himself in the movie industry and many more.

Early Life
Mr Ibu was born John Okafor on the 17th of October in 1961. The actor grew up in a poor family in Umunekwu Village in Eziokwe, Nkanu West Local Government Area of Enugu State.

At some point in his life, he had to do odd jobs to make ends meet. This happened when he lost his father and he had to resort to selling fire wood, hair dressing, assembling wooden crates of minerals, snapping of wait-and-take pictures and butchering.

Education
Mr Ibu attended secondary school in Sapele before proceeding to the Institute of Management and Technology in Enugu where he enrolled in a part time course. Because of how he acts, many people think the actor is not educated.

Movies
Some of the movies he has featured in include:
Ibu
Ibu in prison
Mr Ibu in London
Keziah
9 wives
Ibu Runs Mad in America

Networth
Mr Ibu is said to be worth an estimated $4.2 million.

Robbery
In January 2018, Mr Ibu disclosed that his family had being robbed while he was away. According to the actor, the robbery gang stormed his Festac home and took valuables and cash worth over N14 million.

Career
Mr Ibu revealed that he was once a boxer, but he had to call it quits with boxing when his face was battered in championship fight by a Delta boy.

The actor disclosed that he couldn’t recognize his face for many days after the contest.

Acting
Mr Ibu disclosed that acting comes natural to him and it doesn’t take much time for him to interprete the roles he is given.

Nickname (Ibu)
The actor revealed that the name, Ibu is actually his nickname from childhood. His grandfather bore the name and he took after him.

He began using the name in Nollywood when he featured in a movie titled John Ibu Okafor, the name later evolved to Mr John Ibu then finally Mr Ibu.

Embarassing Moment
Mr Ibu states that he has suffered many embarassing moments like being toasted by a homosexual to being beaten by his fans.

He revealed that there was a particular time when he saw some of his fans and based on their request, he alighted from his vehicle.

Mr Ibu said that when he came down, someone kept knocking his head from behind and everytime he looked back to identify the person he would only see people laughing. It was a very painful and embarassing experience, he revealed.

Marriage
Mr Ibu’s current wife is an actress, he had been married twice. The actor also that he is a grandfather as his first son is married with two kids.

Homosexualism
Mr Ibu is very vocal when criticizing homosexual activity which he believe is quite prominent in the industry. The actor also revealed that he was once sexually harassed by a homosexual but he shouted at him publicly.

Humble Beginning
In 1997, Mr Ibu revealed that he could barely make ends meet and he was even homeless. At this point, thoughts of suicide crossed his mind but he was restrained by a Michael Bolton song which he heard at that time that encouraged him.

His situation was dire at that time as he had just been kicked out of the apartment he was living as the owner of the house didn’t want to see him again.

It was at this point he saw the well and wanted to jump into it but the song he heard gave him the strength to carry on and stay alive.

The actor revealed that he used to trek Ajao Estate to Festac almost everyday for auditions and acting rehearsals.

Movies
Mr Ibu has starred in over 300 movies since his debut. The actor revealed that he has been acting since as far back as 1978.

The actor featured in a recent movie where he starred alongside Beverly Naya, The movie is titled, ‘the Eve.’ The other stars in the movie include Ronke Odusanya, Ronke Oshodi-Oke Ojo, Kunle Remi, Meg Otanwa and Adeolu Adefarasin.

The movie was directed by Tosin Igho, and produced by Hauwa Allahbura. The plot of the story is about a young man, Funsho, who plans to marry his longtime girlfriend, Yewande, in a couple of days but when his identity was mistaken as a single friend by another character, Alero, they both share something real until eventually she discovers he is engaged.

His fiancee, Yewande discovers this and as a result and Funsho is left to face the consequences of his actions. The movie is yet to be released but it is expected in 2018.

In 2017, Mr Ibu also revealed that he was planning a movie on Xenophobia in South Africa which will involve actors from countries like Liberia, Kenya, Ghana and Botswana but the main acts will be from South Africa. According to him, the movie will be shot in locations in South Africa, Kenya and Botswana.

Kidnapping
Mr Ibu revealed that he has been abducted twice. He has associated his kidnap attempt with people thinking he is rich. The actor has associated his popularity as the cause of these kidnaps and as a result, he has decided to be careful with how he behaves on social media to avoid any unfortunate incidents.

The actor recalled that one of the kidnap attempts was organized by a close family member, his ex-wife. According to him, he was taken along with his wife and child but later released after 10 days after ransom was paid to the abductors.
Tags : BIOGRAPHIES
Share This :