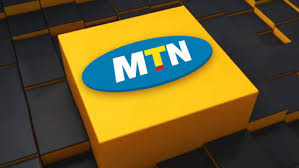 The Nigerian Communications Commission ( NCC ) said that MTN has paid N165 billion out of the N330 billion fine imposed on it due to its inability to disconnect improperly registered SIM cards.
Prof. Umar Danbatta, Executive Vice Chairman of NCC said this on Monday in Abuja when MTN Group, led by its Chairman in Nigeria, Dr Pascal Dozie visited the commission.
In October 2015, the telecom regulator imposed a fine of N1.04 trillion on MTN Nigeria for not complying with government’s rule on deactivation of unregistered SIM cards.
Also, the fine was imposed on MTN for not disconnecting about 5.1 million improperly registered lines in its network within the stipulated deadline.
After several appeals and negotiations including diplomatic intervention by the South African government, the fine was reduced to N330billion.
It initially made a commitment payment of N50billion to the government while the remaining balance of N280 billion was to be paid in six tranches in accordance with the agreements between the regulator and MTN.

“I am happy to inform you that our agreement with MTN on how and when to pay the fine has been adhered to.
“Just last month, March, we received a cheque of N55billion from MTN as part of the fine payment plan.
“This brought the total fine paid by MTN Nigeria to N165billion, that is, more than half of the fine
“It is a whopping sum of money and they have not defaulted and these payments they are making is consistent with the terms of agreement we reached with them ‘’ he said.
He said that the installmental payment was in line with the terms of agreement reached between MTN and the regulatory body.
According to Danbatta, the fine is aimed at ensuring that it is not business as usual but to ensure that the rules of engagement are respected.
“It is also to ensure that the rules governing the telecom sector of the economy is adhered to.
The NCC boss said that the commission would continue to cooperate with the telecom company because of its major contributions to the economic and digital growth of the nation’s economy.
Earlier, Chairman of MTN Nigeria said Nigeria was one of the largest contributors to its market and the visit was to cement the relationship between it and NCC.

Dozie appealed to NCC to auction more spectrums to further open up the ICT space and improve the country’s economy.
Tags : NEWSTECHNOLOGY
Share This :