NigeriaYouthsAreLazy: Use One Word To Describe President Buhari’s Statement 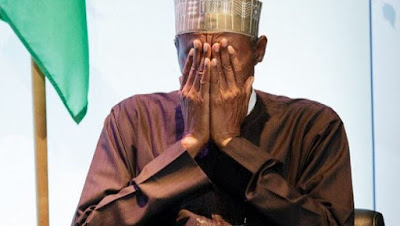 NigeriaYouthsAreLazy: Use One Word To Describe President Buhari’s Statement
President Muhammadu Buhari on Wednesday criticised the attitude of some Nigerian youth, saying they were only hustling to get on the gravy train.
In His Word:-
“More than 60 per cent of the population is below 30, a lot of them haven’t been to school and they are claiming that Nigeria is an oil producing country, therefore, they should sit and do nothing, and get housing, healthcare, education free”
During a February 2016 interview with UK Telegraph, Mr Buhari said some Nigerians in the UK, mostly youth, are disposed to criminality and should not be granted asylum there.

He was fiercely criticised for the comment, with many saying it failed to convey the reality of Nigerian youths exploits.

Early this year, an analysis by Rice University in the U.S. showed that Nigerian youth are the most educated of all migrants in the country. The institution credited the finding to a culture of relentless drive for education amongst Nigerians.

The president comment adds to an earlier one he made criticising Nigerian youths. Despite all the ways the Nigerian governments are using to stop the average Nigerian youth from flourishing in all areas, the youths still hustle and try to make a good living and one man will just wake up one day and say THE NIGERIAN YOUTHS ARE LAZY?
Please One Word For Mr President.