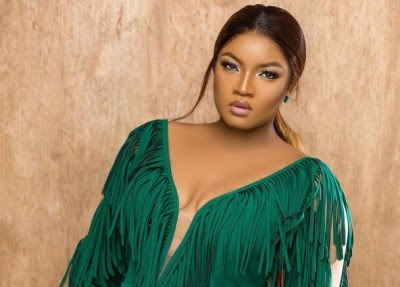 Omotola Jalade Ekeinde is a Nollywood icon. She has been in the industry since the mid 90s and has featured in over 200 movies.
In this post, we take a look at the life of this beautiful actress and how her career has grown and evolved over the years.

Early life
Omotola was born in Lagos State although she hails from Ondo. The actress grew up in a family of five, her parents and two younger brothers, Tayo and Bolaji Jalade.

Her mother, Oluwatoyin Jalade née Amori Oguntade, worked at J.T Chanrai Nig while her father, Oluwashola Jalade, worked with the YMCA and the Lagos Country Club.

Education
Omotola attended Chrisland School Opebi, Oxford Children School and Command Secondary School in Kaduna. After her secondary education, she had a brief stint at Obafemi Awolowo University before proceeding to Yaba College of Technology where she bagged a degree in Estate Management in 2004.

Personal life
Omotola is happily married to pilot Captain Matthew Ekeinde. They wedded traditionally in 1996 and held their white wedding on board a Dash 7 aircraft while flying from Lagos to Benin in 2001, with close family and friends present.

Omotola had her first child on the 30th of March 1997. Her marriage has produced four children namely, Princess, M.J, Meraiah and Michael.

Movies
Omotola has featured in over 200 movies since she debuted as an actress. Some of these movies include:

The actress also has a stint as a musician where she released two studio albums: GBA in 2005 and Me, Myself, and Eyes in 2010.

Career
Omotola’s career began in 1995 at the age of 16 when she accompanied a friend to a movie audition. Unfortunately, her friend didn’t get the role but she encouraged her to try it out and as they say, the rest is history.


She ended up featuring in the movie, Venom of Justice and that was the beginning of her career as an actress.

The movie that shot her to prominence was Mortal Inheritance where she played the role of a sickle cell patient. She eventually won an award for her role in the movie.

In 1998, she featured in another hit movie, Scores to Settle where she starred alongside Richard Mofe Damijo and Liz Benson.

Some of her other popular movies include Blood Sister, Lost Kingdom, Games Women Play and I Belong.

This ban led to her journey into music where she launched the Gba album in 2005. However, her success in music is minute compared to what she has achieved in the movie industry.

In 2010, she starred in her first cinema movie titled Ije alongside Genevieve Nnaji.

In 2012, the actress launched her reality show, Omotola: The Real Me, on Africa Magic Entertainment on DStv which made her the first Nigerian celebrity to have a reality show.

In 2013, Omotola made her US television debut in VH1’s scripted series, Hit the Floor.

Omotola turned 40 on the February 7, 2018, and the Nollywood veteran organized a five day event in celebration of her birthday.

The event kicked off with a ‘Give and Let Give to Widows and Orphans’ event which was followed by a Couples Retreat themed “Reciprocative, Respect, Mental Health and Avoiding Slavery in Marriage” on the February 8th, 2017.

There was also a renaissance trip to trace the beginning of slavery and a Symposium on “Mental Slavery & the Emancipation of the Black Race.”

The 5 day event was concluded on the 11th of February with an event themed, “The Omosexy Ball.”

Philanthropy
Omotola was appointed the United Nations WFP (World Food Programme) Ambassador in 2005 and she went on missions in Sierra- Leone and Liberia.

The actress has also been active in the Walk the World project in which she participated at the campaign in Liberia with President Ellen Sir Leaf-Johnson.

Omotola is also an avid human rights campaigner and her philanthropy efforts are focused on her NGO project, called the Omotola Youth Empowerment Programme (OYEP).

In 2011, Omotola became an Amnesty International campaigner and has participated in campaigns in Sierra- Leone (Maternal Mortality) and the Niger Delta area of Nigeria.

Awards
Omotola is a fantastic actress and she has scooped several awards over the last two decades. Some of these include:

In 2014, the actress was honoured by the Federal Government of Nigeria as a Member of the Order of the Federal Republic, MFR for her contributions to Nigerian cinema.
Tags : BIOGRAPHIES
Share This :