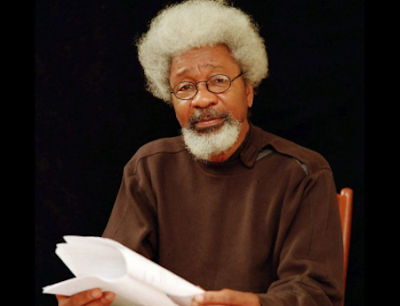 On Sunday, Nobel Laureate Prof. Wole Soyinka declared that governance in Nigeria has collapsed, noting that democracy and the society are totally in danger. He said enemies of democracy, who inaugurated certain policies which contributed to the nation’s woes are once again coming out and positioning themselves as saviours and messiahs ahead of the 2109 general election.

In his words: “All I want to say in connection with the title of today’s event is just one word; vigilance. Please be vigilant. The theme of the gathering today is most pertinent. There is no question whatsoever that democracy is in danger; not just democracy; in fact, the society is in danger. I do not believe any moment in my existence in this world and in this nation specifically what I have felt myself in an environment of mere total collapse. We all know that.

“The question is; do we see it as an opportunity to do a rescue mission or do we see it as an opportunity to take advantage once again and continue our role; our contribution for bringing the nation to its knees. In other words, it is no news whatsoever that we have reached a point where drastic actions has to be taken to rescue the nation as a corporate entity and at the same time to rescue what I called the conglomeration of protocols that keep us together, which we placed under the rubric of democracy.

“And so, I find it ironic that those who themselves; the enemies of democracy, who really committed acts, not just negligence but actually inaugurated certain policies which contributed to our being where we are today are once again coming out and positioning themselves as saviours and messiahs that this nation can really dream of; a nation of modestly about 200million people.”

He continued: “I find it very strange and even stranger because at the beginning of this movement towards ‘rescuing the nation, there were one or two organisations that came out under different names and they had people in them, whom I can say was following what encouraged them and what is encouraging others to study closely and even consider following. The list thing I knew was that this movement was being hijacked by the very people who laid the foundation for the collapse of the democratic edifice.
Tags : NEWSPOLITICS
Share This :