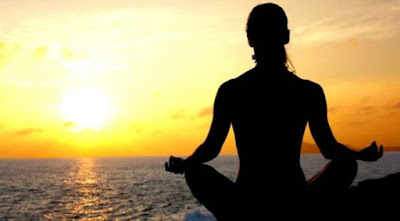 This evening, as Funke sat at her window, looking out onto the street, she reflected on the life she had lived, the decisions she had taken over the course of this life, and how she had gotten to where she was today. Trying to pinpoint where exactly it started to go downhill, she settled on May 12, 2016. This was the date her relationship with Femi ended.

She had thought Femi was the One. He truly loved her and always showed it. He showered her with gifts and presents and did whatever it took to please her. Though she was a handful most times, theirs was the perfect love story. They had their future all planned out too. They were going to get engaged sometime in 2016 and get married in 2017. She had even picked out the house she wanted to live in and was researching mortgages and islamic banking alternatives, because she was a planner like that and he loved her for it.

The house was in a small estate of about 8 houses in the heart of Oniru, painted in cream and lilac colours and was built like a castle. She got excited anytime she drove past it, and dreamt of herself living in marital bliss in that house, but fate was not to let that happen. She learnt early in 2016, when all the drama started, that love was not always enough and it doesn’t guarantee happiness. However, she didn’t want her memories to delve into the murky waters of the conditions that led to her and Femi’s break-up. Instead, she was going to focus on the life she had lived after the break-up.

A few months after her break-up was her best friend’s wedding and this took place in Vegas. She decided to make the most of the trip, and travelled to Vegas with the intention of being rebellious and defying the unhappiness that consumed her every waking moment. She was going to be crazy and have some fun and besides, what happens in Vegas, stays in Vegas right?!

And so on the day of the wedding, in all her rebellion, She made out with 2 different guys, one of them was on the bridal party and the other was a wedding guest. She didn’t sleep with either of them though, her good girl values were still very strong. She was just having a little fun like she wanted to and it would be all over when she left Vegas anyways. But she liked Mayowa and what happened in Vegas didn’t stay in Vegas, it followed her home.

They kept communicating after the wedding, but in fairness to him, she was the one who sought him out. This was because she enjoyed talking to him. He was easily one of the most intelligent people she had ever met and she was blown away. They talked often about anything and everything, mostly initiated by her, but this was no love story. It was one of lust.

He wanted to sleep with her and he had been clear about that from the very beginning. But being the good girl that she was, she had told him severally that it was never going to happen. Femi was her first, and that was only because she had thought he was her soulmate and future husband and in spite of that fact, there had been a lot of regret on the part of both parties.

Months rolled into months and her affection for Mayowa deepened. She would like to believe that over the months he also developed a deep affection for her (at least this he claimed) but he remained resolute on the issue of a relationship with the sole reason being that he was not emotionally ready to get into one. He however still wanted to sleep with her though (guys!!!)

She was warned by everyone….friends, family and acquaintances alike to flee from him as nothing good could come out of the situation. Best case scenario would be one of unrequited love while worst case scenario would be one in which they would have a semblance of a relationship but when push came to shove he would tell her they were never in a relationship as he had told her in the beginning that he didn’t want one. She was in a lose-lose situation.

But being a typical girl, she listened to the one dissenting voice that told her to have a little fun. Suddenly, all instagram memes and motivational quotes were telling her to live her life. It did not help that Mayowa was constantly in her ear telling her to stop overthinking things and expecting the worst. Little by little, she began to rationalise her intentions with thoughts like, after all she was 28 years old and she had never strayed off the narrow path; if she did not do a little bad now, what stories would she have in future?; in a few years, it wouldn’t matter anyways; it was time to do what she wanted to do for once, and not let society decide her actions.

So it was that on a certain day in February 2017, She gave in and the inevitable happened between her and Mayowa. It was a magical experience. She saw fireworks and was dazed all at once, and she realised that everything that was depicted in movies was real. This was how she came to be having casual sex with a guy. Had someone told her 25 year old self that such was going to happen, she would probably have spit in the face of such a liar. However, here she was today and she has an FwB (Friend-with-benefits).

She wished she could say that she regrets her actions, but she doesn’t. But sometimes, like today, she asks herself what she was doing, how she got here and what she thinks will come out of it. She knows that he doesn’t take her seriously and probably never would and she wished she had the courage to end it all and move on with her life, but it really does get lonely on Friday nights, which is why she prays her future husband would hurry up and come save her from herself before she completed her descent into immorality and lost all the values she had earlier. But for now, let her dress up and go meet Mayowa for another steamy session.
Tags : STORIES
Share This :