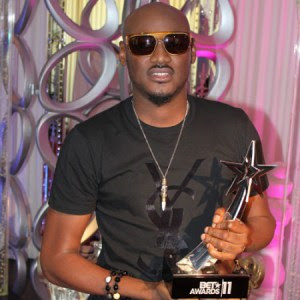 Innocent Ujah Idibia, who is popularly known as as Tuface (2face) Idibia is a singer, actor and producer, a former member of the musical group called plantation boyz which comprises TuFace, Faze, and Black Faze. You can read more about this popular Nigerian and African musician below.


Biography and humble beginning
He was born in Jos, Plateau State which is one of the 36 states in Nigeria. he hails from Okpokwu local Gov’t area and he is from Idoma ethic group of Benue State, southern Nigeria.

He also enrolled in the Institute of Management & Technology, IMT, Enugu state Nigeria where he graduated with a National Diploma course in Business Administration. Although, he couldn’t complete his programme, due to the musical exploits he was involved in during his days in the school environment.

Beginning of his career
He had his successes in the early days when he would record jingles for GB Fan Club at Enugu State Broadcasting Service in 1996. Later on he moved to Lagos and teamed up with up with his ex-IMT mate Blackface to form Plantashun Boyz. He was known as “2Face” in 1996. “The name to me just refers to the outside and inside: when you first see me you see the outside but when you get to know me, you see the inside” he said in an interview with the BBC.

In 2008, a promotional album was released which has spawned a hit. ‘Enter the Place’ which was written by Churks performed relatively well although most fans could no access it in some parts of the country as it had distribution hitches. This led to the change of the release date from 2008 to 2009 rather than the initial date announced in 2007.

Personal Life
2Face has been attacked by robbers when he was shot personally but he escaped and nearly died.

Idibia is a father of six children from three different women. Sunmbo Ajaba, who is a banker and a Christian minister in songs, make-up artist based in Washington –Pero adeniyi—the daughter of the P music promoter Chief Jide Adeniyi—he is also the father of Rose, Justin and another son born on April 2012.

He is reported to have recorded a single with the popular artist Mary J. Blige in 2010 along with his Unstoppable Album (The Intl. Edition). This biography will not fail to mention that he has won numerous awards.
Tags : BIOGRAPHIES
Share This :