WICKED!.. Woman Pours Hot Water Mixed With Pepper On Her Husband For This Reason 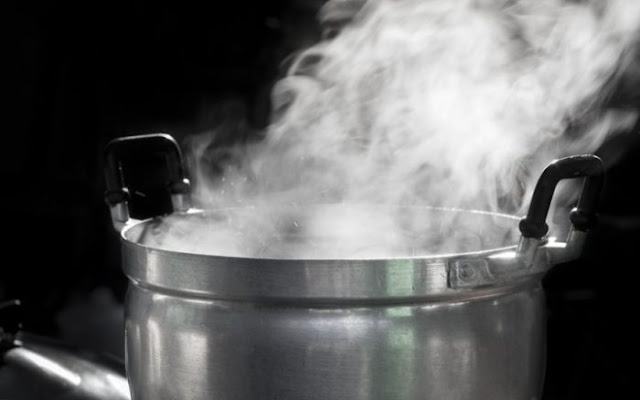 A housewife, Mrs Janet Mohammed, of Mandela area of Minna in Niger on Monday poured hot water mixed with pepper on her husband, Mr Alaska Mohammed after a brawl.
Mohammed told the News Agency of Nigeria (NAN) on his hospital bed at Minna General Hospital that the quarrel was over their 11 month-old-son’s health.

He said that trouble started when his wife was nonchalant about the boy’s high temperature.

Mohammed said his refusal to allow the wife take the son to church led to a brawl which was subsequently settled by his mother.
“After my mother settled us she told me that I will regret for laying my hands on her but I ignored the threat. As I was watching television and taking my breakfast, she splashed the mixture on me,’’ he said.
The victim said that before family members and other neighbours could come to his aid his wife had disappeared.

Mohammmed said that the incident has been reported to the Tudunwada police division in the area.
NAN observed that Mohammed, who spoke in pains, had burns on his face and body and was placed on drip.

Confirming the incident to NAN, the Police Public Relations Officer in the state, ASP Muhammad Abubakar, said the matter has been reported to the police.

Abubakar said that though the issue was between a husband and wife, it was still criminal and not a civil case.
“We have commenced investigation into the matter although the woman in question is on the run. Whenever we arrest her we will charge her accordingly,’’ he said. (NAN)
Tags : STORIES
Share This :