20 Common Reasons Why You're Not Losing Weight 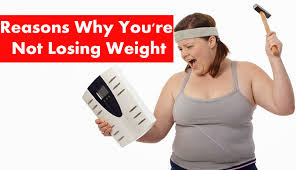 When you lose weight, your body fights back.

You may be able to lose quite a lot of weight at first, without much effort.


However, weight loss may slow down or stop altogether after a while.

This article lists 20 common reasons why you're not losing weight.

It also contains actionable tips on how to break through the plateau and get things moving again. 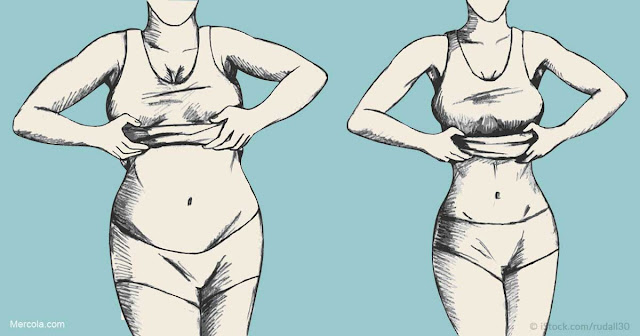 1. Maybe You Are Losing Without Realizing it
If you think you are experiencing a weight loss plateau, then you may not need to freak out just yet.

It is incredibly common for the scale not to budge for a few days (or weeks) at a time. This does NOT mean that you are not losing fat.

Body weight tends to fluctuate by a few pounds. It depends on the foods you are eating, and hormones can also have a major effect on how much water your body holds on to (especially in women).

Also, it is possible to gain muscle at the same time as you lose fat. This is particularly common if you just recently started exercising.

This is a good thing, as what you really want to lose is body fat, not just weight.

It is a good idea to use something other than the scale to gauge your progress. For example, measure your waist circumference and get your body fat percentage measured once per month.

Also, how well your clothes fit and how you look in the mirror can be very telling.

Unless your weight has been stuck at the same point for at least 1-2 weeks, then you probably don't need to worry about anything.

2. You're Not Keeping Track of What You're Eating
Awareness is incredibly important if you are trying to lose weight. Many people actually don't have a clue how much they're really eating.

Studies show that keeping track of your diet helps with weight loss. People who use food diaries, or take pictures of their meals, consistently lose more weight than people who don't.

3. You're Not Eating Enough Protein
Protein is the single most important nutrient for losing weight.

Eating protein at 25-30% of calories can boost metabolism by 80-100 calories per day and make you automatically eat several hundred fewer calories per day. It can also drastically reduce cravings and desire for snacking.

This is partly mediated by protein's effects on appetite-regulating hormones, such as ghrelin and others.

If you eat breakfast, then this is the most important meal to load up on the protein. Studies show that those who eat a high-protein breakfast are less hungry and have fewer cravings throughout the day.

4. You're Eating Too Many Calories
A large percentage of people who have trouble losing weight are simply eating too many calories.

You may think that this does not apply to you, but keep in mind that studies consistently show that people tend to underestimate their calorie intake by a significant amount.

If you are not losing weight, then you should try weighing your foods and tracking your calories for a while.

Here are some helpful resources:
Calorie calculator — Use this tool to figure out how many calories to eat.
Calorie counters — This is a list of 5 free websites and apps that can help you keep track of your calorie and nutrient intake.

Tracking is also important if you're trying to reach a certain nutrient goal, like getting 30% of your calories from protein. This can be impossible to achieve if you're not tracking things properly.

It is generally not necessary to count calories and weigh everything for the rest of your life. I personally just do it every few months for a few days at a time to get a "feel" for how much I should be eating.

5. You're Not Eating Whole Foods
Food quality is just as important as quantity.

Eating healthy foods can improve your health and help regulate your appetite. These foods tend to be much more filling than their processed counterparts.

Keep in mind that many processed foods labeled as "health foods" aren't really healthy. Stick to whole, single-ingredient foods as much as possible.

6. You're Not Lifting Weights
One of the most important things you can do when losing weight is to do some form of resistance training, like lifting weights.

This can help you hold on to your precious muscle mass, which is often burned along with body fat if you are not exercising.

Lifting weights can also help prevent metabolic slowdown, and make sure that what is beneath the fat looks good .

You don't want to lose a bunch of weight just to look "skinny-fat" underneath.

7. You're Binge Eating (Even on Healthy Food)
Binge eating is a common side effect of dieting. It involves rapidly eating large amounts of food, often much more than your body needs.

This is a pretty big problem for many dieters. Some of them binge on junk food, while others binge on relatively healthy foods, including nuts, nut butters, dark chocolate, cheese, etc.

Even if something is healthy, the calories still count. Depending on the volume, just a singlebinge can often ruin an entire week's worth of dieting.

8. You're Not Doing Cardio
For some strange reason, cardio (as in running, jogging, swimming, etc) has gotten a bad rap in recent years.

However, it is one of the most effective ways to improve your health. It is also very effective at burning belly fat, the harmful "visceral" fat that builds up around the organs and causes disease.

9. You're Still Drinking Sugar
Sugary beverages are the most fattening items in the food supply. Our brains don't compensate for the calories in them by making us eat less of other foods.

This isn't only true of sugary drinks like Coke and Pepsi; it also applies to "healthier" beverages like Vitaminwater - which are also loaded with sugar.

Even fruit juices are problematic, and should not be consumed in large amounts. A single glass can contain a similar amount of sugar as several pieces of whole fruit!

10. You're Not Sleeping Well
Good sleep is one of the most important things to consider for your physical and mental health, as well as your weight.

Studies show that poor sleep is one of the single biggest risk factors for obesity. Adults and children with poor sleep have a 55% and 89% greater risk of becoming obese, respectively.

11. You're Not Cutting Back on Carbohydrates
If you have a lot of weight to lose, and/or if you have metabolic problems like type 2 diabetes or pre-diabetes, then you may want to consider a low-carb diet.

In short-term studies, this type of diet has been shown to cause up to 2-3 times as much weight loss as the standard "low-fat" diet that is often recommended.

Low-carb diets can also lead to improvements in many metabolic markers, such as triglycerides, HDL cholesterol and blood sugar, to name a few.

12. You're Eating Too Often
It is a myth that everyone should be eating many, small meals each day in order to boost metabolism and lose weight.

The studies actually show that meal frequency has little or no effect on fat burning or weight loss.

It is also ridiculously inconvenient to be preparing and eating food all day. It makes healthy nutrition much more complicated.

There is even an incredibly effective weight loss method called intermittent fasting, which involves deliberately going without food for extended periods of time (15-24 hours or more). You can read about that here.

13. You're Not Drinking Water
Drinking water can have benefits for weight loss.

In one 12-week weight loss study, people who drank half a liter (17 oz) of water 30 minutes before meals lost 44% more weight.

Drinking water has also been shown to boost the amount of calories burned by 24-30% over a period of 1.5 hours.

14. You're Drinking Too Much Alcohol
If you like alcohol but want to lose weight, then it may be best to stick to spirits (like vodka) mixed with a non-caloric beverage. Beer, wine and sugary alcoholic beverages are very high in calories.

Also keep in mind that the alcohol itself has about 7 calories per gram, which is high.

That being said, the studies on alcohol and weight show mixed results. Moderate drinking seems to be fine, while heavy drinking is linked to weight gain.

15. You're Not Eating Mindfully
A technique called mindful eating may be one of the world's most powerful weight loss tools.

It involves slowing down, eating without distraction, savoring and enjoying each bite, while listening for the natural signals that tell your brain when it has had enough.

Numerous studies have shown that mindful eating can cause significant weight loss and reduce the frequency of binge eating.

Here are some tips to eat more mindfully:
Eat with zero distractions, just you and your food — sitting down at a table.
Eat slowly and chew your food thoroughly. Try to be aware of the colors, smells, flavors and textures.
When you feel the satiety signals kick in, drink some water and stop eating.

16. You Have a Medical Condition That is Making Things Harder
There are some medical conditions that can drive weight gain and make it much harder to lose weight.

These include hypothyroidism, polycystic ovarian syndrome (PCOS) and sleep apnea.

Certain medications can also make weight loss harder, or even cause weight gain.

If you think any of this applies to you, then speak to your doctor about your options.

17. You're Addicted to Junk Food
According to a 2014 study, about 19.9% of people satisfy the criteria for food addiction.

People who have this problem use junk food in a similar way as drug addicts use drugs.

If you are addicted to junk food, then simply eating less or changing your diet can seem downright impossible. Get some help.

18. You've Been Starving Yourself For Too Long
It may not be a good idea to "diet" for too long.

If you've been losing weight for many months and you've hit a plateau, then perhaps you just need to take a break.

Up your calorie intake by a few hundred calories per day, sleep more and lift some weights with the goal of getting stronger and gaining a bit of muscle.

Aim to maintain your body fat levels for 1-2 months before you start trying to lose again.

19. Your Expectations Are Unrealistic
Weight loss is generally a much slower process than most people want.

Another major problem is that many people have unrealistic expectations of what is achievable with a healthy diet and exercise.

The truth is, not everyone can look like a fitness model or bodybuilder. The photos you see in magazines and other places are often enhanced using Photoshop - literally no one actually looks like this.


If you have already lost some weight and you feel good about yourself, but the scale doesn't seem to want to budge any further, then perhaps you should start working on accepting your body the way it is.

At some point, your weight is going to reach a healthy set point where your body feels comfortable. Trying to go beyond that may not be worth the effort, and may even be impossible for you.

20. You're Too Focused on "Dieting"
"Diets" almost never work in the long term. If anything, studies actually show that people who "diet" gain more weight over time.

Instead of approaching this from a dieting mindset, make it your primary goal to become a happier, healthier and fitter person.

Focus on nourishing your body instead of depriving it, and let weight loss follow as a natural side effect.
Tags : HEALTH
Share This :