B.Sc vs HND - Do You Think B.Sc Holders Are Better Than HND Holders? 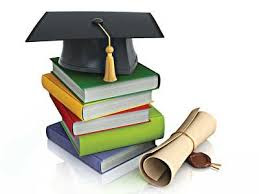 Hello Everyone,Good morning and hope you all slept well?

My name is Makinde Azeez and I will be your Host on this mind troubling Topic that has caused Nigeria more harm than good.

From Previous Related Post, With the kind of comments the post received, It’s safe to say that Polytechnic Graduates are not as bad as this Country has made them look.

We need the Government to come to our rescue so this madness can stop now.
MY OWN STORY (WHY I LEFT POLYTECHNIC FOR UNIVERSITY)
I remember when I was a student of Lagos State Polytechnic, Ikorodu (Laspotech) back then in 2010, To be sincere, the quality of Education there compared to what I was later taught at the University, any day anytime, I will pick Polytechnic over University.

They are not playing in Laspotech. I even heard it’s the same everywhere. Polytechnic curriculum in Nigeria is more robust than that of University. I stand to be corrected.

However, the problem that made me quit from Lagos Poly was as a result of the poor treatment and stigmatization I was getting from home.

My mum always gives me a little amount of money & smaller foodstuff whenever I’m preparing to go back to School while my younger brother always gets the lion’s share of everything because he attends a University.

I learned about this the day I summoned the courage to ask her why I always get a smaller amount of money and foodstuff when returning back to school.

She politely said:-
We need to give your younger brother more money and foodstuff, you sha know he’s in the University.

That day, I cried my eyes out. I felt so devastated and frustrated

My mum’s response killed my morale totally and made me changed my mind.

Am actually not a weak person or one that easily gives up but if my Mum can put my younger brother ahead of me because he’s in the University,

What do you expect the Government & Employers to do?
I can bet it any day anytime that Polytechnic Graduates are not poor academically but this Nation has decided to see them as weak Individuals and has indirectly decided to kill Technical Education in Nigeria.

Many are not motivated to attend Polytechnic or College of Education again. Now, millions of Nigerian youths now flock around Universities gate only and would rather choose to sit at home and waste another year at home than opt for Polytechnic.

Today, looking at the Polytechnic environment, 95% of the students there only chose it out of Frustration and bitterness of sitting at home to escape their parent anger on them.

Our Government needs to put a stop to this barbaric act of Stigmatization between B.Sc & HND Graduates because it’s actually watering down the Morale of useful Graduates who are willing to do something great but are not getting the change or attention because they graduated from the Polytechnic.

If this Stigmatization could not be stopped, Government should scrap Polytechnic Education in Nigeria to avoid further Frustration of visionary/brilliant Nigerian HND Graduates & undergraduates.

We’ve got a question for you all today

WHAT DO YOU THINK SHOULD BE DONE TO SETTLE THIS B.Sc vs HND STIGMATIZATION?
The Government has done a whole lot to put an end to this menace but it seems their best is not enough.

If you are given the chance to put an End to this, what would you do?
We want to hear from you all.

Drop you comments and have a say on the Topic.
Tags : EDUCATION
Share This :