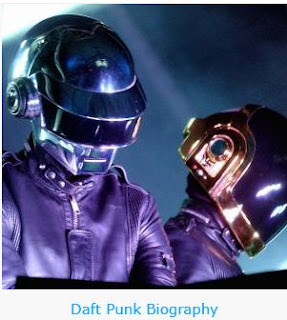 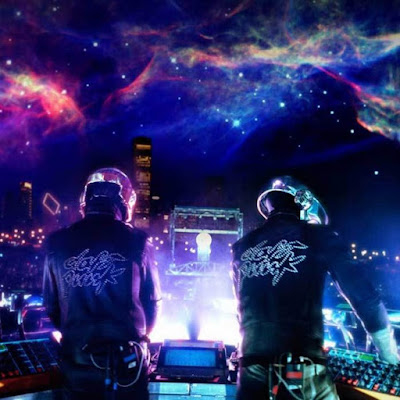 “Daft Punk” is a multi Grammy Award winning electronic music duo formed in 1994 in Paris and France. It consists of French musicians “Thomas Bangalter” born on 3rd January 1975 and “Guy-Manuel De Homem-Christo” born on 8th February 1975. The band is considered one of the most successful electronic music collaborations of all time, both in album sales and critical acclaim.
Daft Punk reached significant popularity in the late 90s house movement in France, along with other artists such as Flap Jack and Air, Cassius and Dimitri from Paris. Daft Punk is credited with producing songs that were considered essential in the French House scene. They were managed from 1996 to 2008 by Pedro Winter (Busy P), the head of Ed banger records.
The group released four studio albums: “Homework (1997)”, “Discovery (2001)”, “Human After All (2005)” and Random Access Memories (2013). They also released the soundtrack album “TRON: Legacy” (2010), the live albums “Alive 1997″ (2002),” Alive 2007” (2007), the compilation “Music Vol.1 1993-2005” (2006) and the remix albums “Draft Club” (2003), “Human After All Remixes” (2006), “TRON: Legacy reconfigured (2011)”.
Thomas Bangalter and Guy-Manuel De Homem-Christo met in 1987 on the grounds of the Lycee Carnot, a secondary school in Paris. The two became good friends and later recorded demo tracks with others from the school. This eventually led to the formation of guitar-based group “Darling’” with “Laurent Brancowitz” in 1992. Bangalter and Guy-Manuel De Homem-Christo played bass and guitar respectively, while Brancowitz performed on the drums. The trio had branded themselves after “The Beach Boys” song of the same name, which they covered along with an original composition.
Stereo lab released both tracks on a multi-artist Duophonic Records EP and invited the band to open for stage shown in the United Kingdom. Bangalter felt that “The rock n roll thing we did was pretty average, I think. It was so brief, may be six months, four songs and two gigs and that was it”.
Daft Punk returned to the studio in May 1995 with a song “Da Funk”. It became their first commercially successful single the same year. After the success of “Da Funk”, Daft Punk looked to find a manager. They had no trouble finding one at the time as they chose “Pedro Winter”, who regularly promoted them and other artists at his Hype night clubs.
The bands signed with “Virgin Records” in September 1996 and made a deal through which they licensed their tracks to the major label through their production company, “Draft Trax”. “Da Funk” and “Alive” were later included in their debut album “Homework”. This song was also included in “The Saint film soundtrack”. It was during this period of change in dance music that Daft Punk became largely successful, they combined the aforementioned music styles and elements of rave that were crowd pleasers. The most successful single from “Homework” was “Around The World”, which is known for the repeating chant of the song’s title.
Tags : BIOGRAPHIES
Share This :