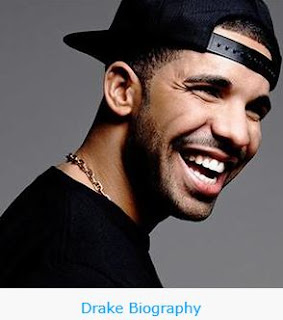 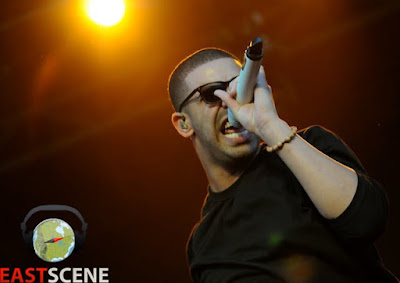 Recording artist Drake is most noted today as the only black Jewish rap star in the world. His biggest break came when he played the role of Jimmy Brooks, a wheelchair-bound character in the teen TV series ‘Degrassi: The Next Generation.’ He was in the show for seven seasons. From there, he rose to become one of the popular artists today. A number of Drake songs have successfully gotten into music charts.
Aubrey Drake Graham was born on October 24, 1986 in Toronto, Canada. He was raised by a family of musicians. Dennis Graham—his father, an African-American—was a drummer for rock star Jerry Lee Lewis, while Sandi Graham—his mother, a white Canadian Jew—hailed from a family with strong musical backgrounds. The couple divorced when Drake was just 5 years old.
Sandi raised Drake in Forest Hill, which is known as a predominantly and affluent Jewish neighborhood in Toronto. Thus, Drake grew in Jewish traditions, although now he considers himself more to be a black man who observes mostly black culture. This probably was caused by the isolation he felt when he was attending high school at the Forest Hill Collegiate Institute, a virtually all-white high school in their community.
But Drake has so much to be thankful for. One of his classmates at Forest Hill was instrumental in his entry into the entertainment industry. That classmate had a father who was incidentally an entertainment agent. He auditioned to his classmate’s dad, who was then looking for a natural comedian.
Thus, in 2001, he got a good role in the Canadian teen show ‘Degrassi: The Next Generation.’ As you know now, the TV show followed the real drama behind the lives of a selected group of teenagers attending Degrassi High School. ‘Wheelchair Jimmy,’ his character in the series, was a basketball varsity player who was permanently crippled after being shot by one of his classmates. He earned a Young Artist Award for the role in 2002.
Drake started his attempts to enter the hip hop scene while he starred in the TV show. He released a mixtape of early Drake songs in 2006 (‘Room for Improvement’). It sold around 6,000 copies. In 2007, he released his second mixtape, ‘Comeback Season,’ which contained his first even hit single ‘Replacement Girl.’
In 2008, his character in the TV show took an exit. That was a queue for him to go full time on music and release more Drake songs. He received an offer from Lil Wayne to go along with his tour. He came out with his third mixtape in February 2009, ‘So Far Gone.’ The hit song ‘Best I Ever Had’ was part of that. The single reached the No. 2 spot on the Billboard Hot 100 making him a made recording artist.
Since then, Drake was involved in releasing catchy and R&B infused hip-hop Drake songs that easily dominate the airwaves. Among his other popular hits are ‘Forever,’ ‘Money to Blow,’ and ‘Every Girl.’ He released his first ever studio album in June 2010, ‘Thank Me Later.’ The certified platinum CD debuted at No.1 on Canadian and American album charts. In November 2011, his sophomore album ‘Take Care’ was released. He recently got controversial when he got into a brawl with Chris Brown.
Tags : BIOGRAPHIES
Share This :