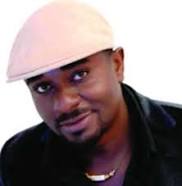 Emeka Ike is a Nigerian actor. He is popular for his role in movies like the Snake Girl, 100 Days in the Jungle and Wind of Love. 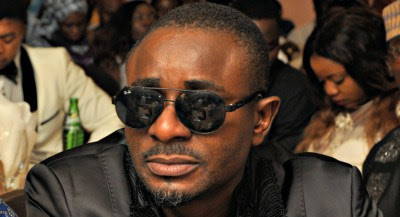 Early life & Education
Emeka Ike was born on the 21st of March, 1967, into the family of Mr. And Mrs. Nicholas Samuel Ike, in Ehime Mbano Local Government Area of Imo state.

He is a graduate of Mechanical Engineering from Yaba College of Technology.

As a student, he owned a business centre which he used to supplement his income in school.

Business
Emeka Ike is the Executive Director in Uzzi Construction Limited, a position he has held since March 2009.

The actor has been involved through his company with the construction of 3 class room blocks at Nsukwa with Delta State Primary Education Board, construction of 2 courtyard dormitories, and perimeter fencing with gate house at Immiringi F.G.G.C. Rural Electrification Project at Agba Ndele, Rivers State.

He is also the founder of St. Nicholas College, Magodo Estate, Lagos State which was established in September 2007.

Emeka Ike is also the founder of My Academy West Africa, a film school which is affiliated to the National Film and Television Institute (NAFTI) in Ghana.

Awards
Emeka Ike was the winner of the maiden edition of Celebrity Gulder Ultimate Search in 2010. The actor was also the Niger Delta Actor of The Year Winner in 2009 and the UN/UPF Peace Ambassador Winner 2008.

His other awards include:
The actor recently bagged the living legend award at the Nollywood Europe Golden Award held in Frankfurt in Germany.

Ike has holds a chieftaincy title from the North, he is called the Turakin Kudendan of Kaduna State.

Movies
Emeka Ike got his movie break when Ernest Obi introduced him to a movie producer. His first major role was in Deadly Affair where he played the role of Ikechukwu. However, the movie that shot him to prominence was Not man enough.

The actor has featured in over 200 movies since his debut. Some of these movies include:
The actor produced Malaria Attack in which he revealed that he had to train over 100 militants in Ghana in the course of shooting the movie.

Marriage
In 2000, Emeka Ike married his long time girlfriend Suzanne Emma. She is half Dutch and half Nigerian. They were married for 17 years.

In 2015, Suzanne approached the Lagos Island Customary Court to dissolve the marriage based incessant battery by Emeka Ike.

The actor denied that he raised his hands on his wife and he attests to the fact that his children revealed in court that he had never beaten her.

Ike accused popular pastor, Rev. Chris Okotie of failing to help resolve their marital difference when he could have.

The actor also revealed that his wife wanted a divorce because she wanted to go and marry another man.

New Girlfriend
Recently, Emeka Ike was spotted with a lady who is said to be his new girlfriend. When the actor was asked about the new woman in his life, he revealed that she is a friend but he didn’t disclose the type of friend.

According to reports, the unnamed lady is a South African model and she’s based in Germany.

The actor revealed that his vision for the movie industry was to use it as a tool to boost the rich cultural heritage of the country.

Ike stated that there should be more movies in languages like Igbo, Yoruba, Itsekiri, Efik and other Nigerian languages. It doesn’t have to always be English all the time, according to him.

The AGN crises came to an end in 2017, when both factional leaders that is Ibinabo Fiberisima and Emeka Ike were asked to step down.

Subsequently, an election was conducted in which Emeka Ike contested against Emeka Rollas who had been handpicked.

Ike lost the election polling 12 votes as against Rollas 42 votes.

The actor eventually reconciled with Fiberisima stating that it was in the best interest of the AGN for peace to reign. This reconciliation came many years after the duo kept pointing accusing fingers at each other.

TV Channel
Emeka Ike announced that he would be launching a TV channel which will be available on DSTV and Startimes.

The actor posted a picture of himself with Senator Dino Melaye who is believed to be a partner. The channel will be called Nollywood TV according to the actor.

Nollywood
The actor disclosed that his vision for Nollywood is to see a radical shift in in terms of the language of production as he wants films to be produced in indigenous languages in addition to English.

Legacy
The actor revealed in an interview that he wants to be remembered for his humanitarian deeds.
Tags : BIOGRAPHIES
Share This :