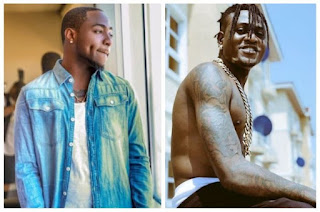 Wow! Big congratulations for Idowest, who was today signed officially by Davido to his DMW record label.
Davido posted earlier today that he will be unveiling a new act to his record label on twitter and task his fans to guess the act.
See post below:- 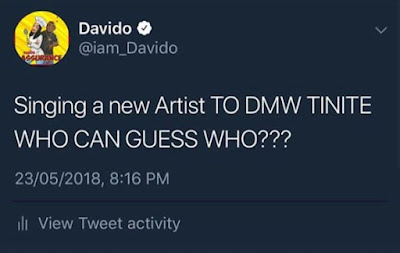 Hours after the assignment was passed out to the fans, the Baddest himself gave the correct answer to the question. which happens to the street new sensation , Idowest.

Davido unveils the signing of the street act through his instagram page with the below caption;

Drop Your Congratulatory Messages For Him!!
Tags : ENTERTAINMENT
Share This :