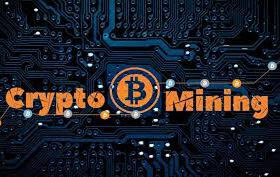 Now that Bitcoin mining is the province of big money miners and no room for the little guy to adequately compete, it only makes sense to reach out and try to find new coins. Below are the best and brightest new lights in the cryptocurrency world. For comparison, we have the newest mineable cryptocurrency list mixed in with a few old favorites that are still gathering steam and have yet to peak.

Vertcoin
What is it?
Vertcoin is considered the people’s coin because of its accessibility and ease of mining. A recent surge has brought Vertcoin from $4.5 to $5, which makes it potentially a lucrative coin to mark.

What do you need to mine it?
Vertcoin’s developers have done their utmost to ensure that anyone from their PC can mine this coin. Operating systems supported include Windows, Mac, and Linux.

What are the specifications?
Vertcoin has a strong financial future. The market cap is 197,743,004, and 1 VTC is worth presently $4.64. The block time is approximately 2.5 minutes, and the Block rewards are 25 coins per block. The hashrate is 764.8 Gh per second. Vertcoin chart is similar to the charts associated with Bitcoin, Ethereum and Facebook Inc.

Verge
What is it?
Once known as DogeCoinDark, Verge is an open-source coin using Wraith technology. It offers investors and miners the choice between both a private and a public ledger on the same blockchain.

What do you need to mine it?
Mining Verge requires a bit more output than most coins on this list. In general, if you’re using a Nvidia GPU, you will require SGMiner – for Windows and Source Code for Linus. Ultimately these are store-bought graphics cards, which don’t put Verge out of the reach of the average consumer.

Northern Coin
What is it?
Operating on a decentralized XEVEN blockchain system, like most other decentralized coins, Northern Coin presents extreme difficulty to hackers while maintaining a transaction system that is both reliable and strong.

What Do You Need to Mine it?
This coin involves cloud mining, hash rental and multipool – so it’s not exactly the best for the average miner who would prefer to turn their two or three computers on and start mining before they go to work in the morning, and come back with a few processes complete. Even such, it’s still not completely outside of the realistic range for the average consumer.

What Are the Specifications?
Northern Coin works on XEVAN algorithm and creates a fair system for both miners and investors through its network of master nodes backups. Miners can expect Block rewards every ninety days.

Mining is worry-free with the POW and POS protocols firmly in place, and the coin distribution is as frequent as possible.

HODL Coin
What is it?
Unlike other coins, HODL coin can only be mined by CPU, therefore making it the perfect coin for the average miner. HODL possesses a unique characteristic in that it can lock coins, which then gain interest based on the number of coins both mined and locked. A recent price surge has seen HODL coin boost from 0.01 to $0.04, suggesting that there may be a future for this coin.

What Do You Need to mine it?
HODL coin can be mined easily by anyone, and it offers Windows, Linux, and OSX support. The coin invented with a curious bug that immediately locked coins for a year, during which they would benefit from accumulated interest. This bug has been removed during a recent hard fork.

Dash Coin
What is it?
Once known as Dark Coin, it presents with a unique feature that allows for transactions to be hidden effectively and rendered completely anonymous. This coin is absolutely perfect for the discerning and careful miner. Dash is not a new coin. Since 2016, the coin has built up a respectable coin infrastructure of master nodes, facilitated by an active community of Dash supporters.

What do you need to mine it?
Theoretically, this coin can be mined from your PC, but unlike other coins on this page, the miner will be required to buy two or three graphics cards, and spend approximately $100 to $300 per card. It’s not impossible to see your overhead rise to over $1,000 to mine Dash.

What are the specifications?
Dash is designed to have a total supply of 18 million coins, and the presently circulating supply is roughly 7.5 million coins, meaning there are still plenty of coins available to be mined. The block reward decreases every year at %7.1 but boasts an average block mining time of 2.5 minutes on the Dash blockchain. It is four times faster than Bitcoin. The Dash market cap is 7.4 million with the price presently trading it USD204.

Conclusion:
The best aspect of cryptocurrency mining is that there are always new mineable coins. The best equipment to buy and mine Bitcoim profitably includes Antminer S9, which retails at USD 1,600 and high-quality graphics cards, which usually retail from $100 to $300 a card. That means that it’s entirely possible that the overhead for the prospective Bitcoin miner begins at over $2,000, with no guarantee of success, so it doesn’t make sense anymore to chase after Bitcoin. But there are options. New coins are being made every year, and it’s important to pay attention to the market to see which ones are the best bets.
Tags : BUSINESS
Share This :