‘Remaining Heaven And Hell For Davido To Perform’ – Bovi 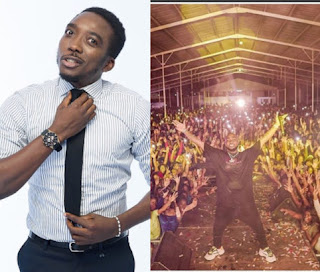 Reacting to Davido’s performance in Suriname, which is not located in Africa, or Europe, or the USA, but Paramaribo, Suriname in the South America continent, Bovi who expressed how surprised he was that the audience sang Davido’s songs word for word, said it heaven and hell are the only places left for the Nigerian superstar to perform in.

He wrote as he shared a photo of Davido on Instagram;

This Gee just sold 10,000 tickets in a country I had never heard of until this moment. Suriname ! In South America of all places. Audience was singing word for word. Remaining heaven and hell for davido to perform! #global

The 2018 BET Awards is scheduled to hold on Sunday, June 25, 2018 at the Microsoft Theater, Los Angeles, California, United States. Davido who was recently crowned Artist of the Year at the recent Headies 2018 had won the award in 2014.

Davido will this time around compete against fellow Nigerian-Tiwa Savage, Cassper Nyovest from South Africa, Stormzy and J Hus from UK among others. 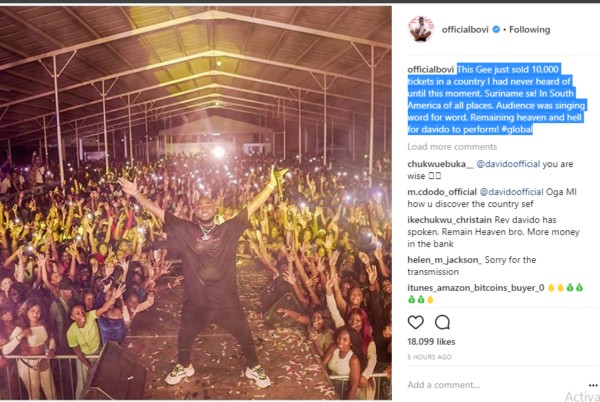 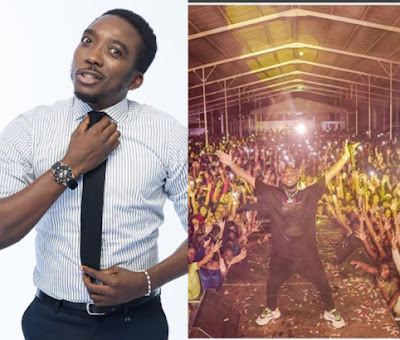