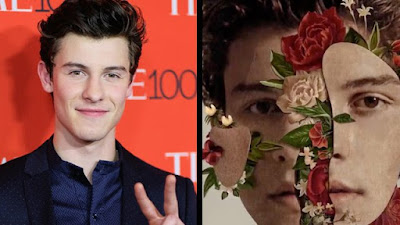 Shawn Mendes has announced the details of his self-titled third album. Here's all the latest infortmation on the tracklist, collaborations and release date.

Shawn Mendes has FINALLY revealed that his new, self-titled album will released on May 25th. It will be Shawn's third album, which follows 2015's Handwritten and 2017's Illuminate.

Shawn has released two singles from the record so far. The first, 'In My Blood', was released on March 22nd and then another song, 'Lost In Japan' came out following day. You can listen to both songs below.
'Lost In Japan':

'In My Blood':
Here's everything we know about Shawn Mendes third album so far:

1) When will Shawn's album be released?
In a tweet today (April 26), Shawn Mendes confirmed that his new, self-titled album will be released on May 25th

Shawn spoke to Billboard back in April and revealed that he had made time in his busy schedule to make sure his album came out sooner rather than later:

"We’re trying to plan everything so that there’s time to make music, too. I’ll be writing and recording a lot on the road. I want to make sure I have a good amount of time to create the next album".

Shawn also posted this shiny little boomerang of a jam session back in September, hinting at new music:

In February, Shawn posted some snaps from Jamaica, where he recorded parts of the album.

2) What will Shawn's new album sound like?
There's were lots of rumoured tracks said to feature on #SM3 but one of the more popular was 'What If I Told You A Story', a work in progress piano ballad Shawn posted online a few months ago. 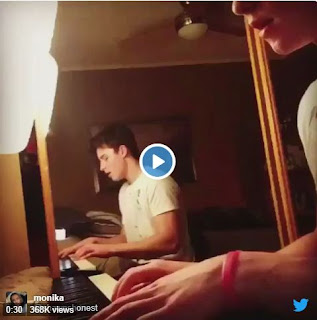 This seems to have been a misnomer, as the song doesn't appear on the final tracklist for Shawn Mendes and doesn't really sound anything like Lost In Japan or In My Blood. Shawn had earlier spoken to Bandwagon and said that: "I’m kind of just writing as many songs as I can write, and then there’ll be a third album sooner than later. But I can’t tell you much more about it.”

3) Will there be any collabs or guests on the album?
Shawn was very tight-lipped about potential collaborators on the album during the recording process and but has now confirmed two big names on the record: Julia Michaels and Khalid!

Rumours began about a possible collaboration between Shawn and Julia last year after both of them told PopBuzz at the Capital FM Summertime Ball that they were fans of each other's music. You can watch the (very cute) moment happen below:
At a later date we pressed Julia about the rumours, which grew even stronger after she was announced as Shawn's support act for the Australia and New Zealand leg of his world tour in 2017. At the time she denied the rumours but now we know she bare-face lying to us! Naughty Julia!

Julia Michaels & Grace Chatto Talk 'I Miss You' & Shawn Mendes Collab Rumours
h
Another name that was in contention was Niall Horan but, alas, this doesn't seemed to have happened this time around (maybe something will appear on Niall's next solo record instead?)

What is the final tracklist for Shawn Mendes?
Shawn confirmed the final tracklist in a tweet (April 26). It features 14 songs and two collaborations, one with Julia Michaels and another with Khalid. Three of our faves on the same album? We're gagging.

4. Where Were You In The Morning?

9. Because I Had You 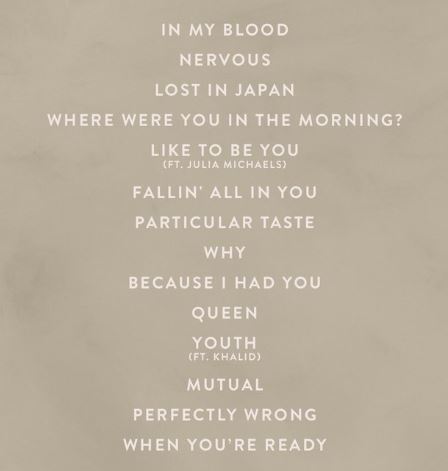