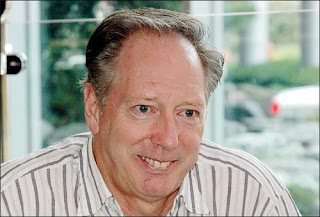 Bonfrere who lead Nigeria to win Gold in the 1996 Olympics in the United States of America, stated this during his appearance on Sport Tonight, which aired on Channels Television.

To Bonfrere, the continued change of the formation, especially while the Super Eagles, are bound to face Croatia in the Group D stage of the global competition.

“Nigeria has a system at this moment which they (the players) don’t understand to play. But Croatia is playing the system even when they played against Brazil.

“Though they lost to Brazil, they still played a system. Nigeria is changing and changing the system. Up till now, the player does not know what or where he must play and that can be a big problem against Croatia.”

While expressing dismay that the national teams had yet to show signs of improvements in their international friendly matches against England and Croatia, he is however optimistic that they would improve Saturday’s clash against Croatia.

This is when England’s Three Lions beat Super Eagles 2-1 in a pre-2018 FIFA World Cup friendly on Saturday at the Wembley Stadium in London on June 2.

Four days later, Nigeria suffered another defeat at the hands of the Czech Republic in Austria in their final friendly ahead of the World Cup.

Despite this defeat, Bonfrere believes that the Coach, Gernot Rohr, can still draw lessons from the previous matches and spur in the Eagles to victory.

He stated further, “The Super Eagles can make it out of the group (Group D involving Croatia, Argentina and Iceland) if they start to build up their team and if they tell each player what he must play, what kind of system he must play, but they have never done it on the training or in the friendly games.

“If you can change the system with your playing team, then you have one of the best playing football teams.”
Tags : SPORTS
Share This :