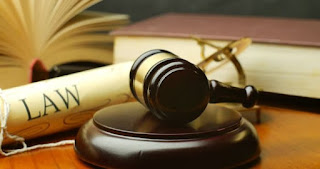 A 27-year-old man, Adeoye Olatomide, was on Friday arraigned before an Okitipupa
Magistrates’ Court in Ondo State over alleged attempt to rape a 60-year-old woman.

The Prosecutor, Insp. Zedekiah Orogbemi, told the court that the defendant committed the offences with one other person currently at large on April 12 at 6:30 pm along Okitipupa-Irele junction.

Orogbemi said the accused dragged the woman to a nearby bush and forcefully had canal knowledge of her.

The prosecutor added that “Olatomide was apprehended by a passerby, while his accomplice escaped.”

However, the defendant pleaded not guilty to charges against him.

The Magistrate, Mr Banji Ayeomoni, ordered that he be remanded in prison and adjourned the case until June 22.
Tags : NEWS
Share This :