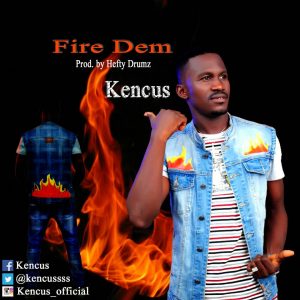 Jeffrey Alfred Aminugo a.k.a Kencus is a Nigerian singer,song writer and a record producer from Warri Delta state, his own way of spicing up Afro beats with harmonious rhythm is so appealing to his fans and this has kept him on top of the game.Kencus unlocks the official video to his banging hit titled “Fire Dem” This motivational song is turning on DJ’s and Music lovers burning through the air waves since released.
Download, Share and enjoy