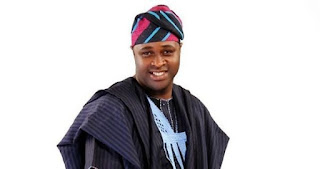 Femi Adebayo is a Nigerian lawyer, film actor, director and producer. He was the former Special Adviser to the Governor of Kwara State on Arts, Culture and Tourism. He is also the son of the veteran actor, Adebayo Salami.
In this post, you’ll discover several interesting things about the actor and his journey so far in Nollywood. 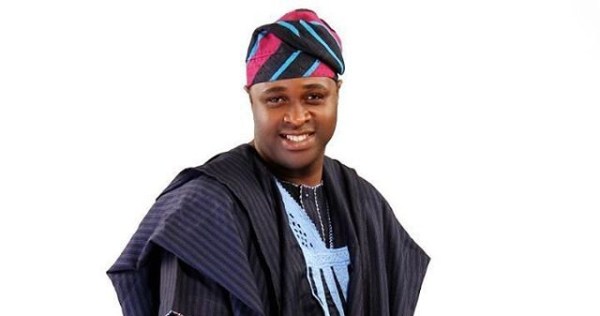 Femi Adebayo was born on the 31st of December 1972 in Lagos. He hails from Ilorin, Kwara State.

The actor attended the University of Ilorin where he bagged a Bachelor’s degree in Law and a Master of Arts (M. A) in Theatre Arts.

He is currently studying for his Doctorate Degree (Ph.D) in Law at the University of Ilorin.

Adebayo began acting in 1995. It was that same year he featured in the popular Tade Ogidan’s movie, Owo Blow.

Adebayo has featured in over 100 movies since he began acting. Some of these include:
Marriage
Adebayo was married to Khadijat. They had 3 kids together. In 2011, Khadijat filed for divorce in a local court. The actor and his wife were separated for a couple of years prior to the divorce. The court eventually dissolved the union and Khadijat has since remarried.

A close source to the family revealed that Khadijat left her husband because she wasn’t comfortable with his career as an actor. The actor also confirmed this as he revealed in an interview that his wife wasn’t happy with his profession as an actor and didn’t give him the much needed support.

It would be recalled that Adebayo met his wife at the University of Ilorin in 1998. At that time she was in her first year studying Computer science while he was in his third year studying law. The couple dated for 6 years before getting married in 2004

In October 2016, Adebayo remarried. He got married to Omotayo Memunat Sanusi. Prior to his second marriage, there were rumours that he was dating popular actress, Funke Akindele also known as Jenifa.

Omotayo had never being married prior to meeting Femi Adebayo. She had worked as an air hostess before she started her own business.

Currently, she own the café, ‘Iyan Aladuke’ located on Montgomery road in Yaba, Lagos.

The wedding between Femi Adebayo and Omotayo took place in Ilorin, Adebayo’s hometown. The event was well attended by celebrities in Nollywood although the actor revealed the wedding plans were low key because he wanted to protect his new wife.

In 2017, there were reports that their marriage had hit the rocks. Omotayo had unfollowed Adebayo on Instagram and both parties had deleted their wedding photos from their Instagram pages. But the couple responded to these rumours with a picture showing that all is well.

In 2016, Adebayo was appointed by the Kwara State Governor as a member of the State Executive Council. He was also the Special Assistant (SA) to the Governor on Arts, Culture, and Tourism.

In 2018, the decision to dissolve the council was announced by the Secretary to the State Government (SSG), Alhaji Isiaka Gold.

Prior to this announcement, there have been encouragements from the Kwara Youth Group for the actor to contest at the next general election to the post of Member of the Kwara state House of Assembly.

But the actor was considering it and he was yet to make up his mind. Many people in Kwara have lauded Adebayo for his excellent contribution to the growth of Arts, Culture and Tourism in Kwara State.

Embarassing moment
There was a day Adebayo was with his wife and he met one of his female fans. According to the actor, she jumped on him and kissed him.

The lady revealed that she had promised herself that she was going to kiss him anytime she saw him. But she later apologized to the actor and his wife for her behaviour.

There have been rumours that there is competition between Adebayo and fellow actor, Odunlade in terms of roles. But Adebayo refuted those allegations stating that Odunlade isn’t a threat rather it is a healthy rivalry and it is good for the industry.

Funke Akindele
There were rumours that Funke Akindele was dating Femi Adebayo while he was married to Khadijat. It was said that Adebayo was heavily involved in the production of her movies and that further strengthened their romantic ties.

It was also said that Adebayo was lodging in a popular hotel in Ibadan and he was often seen together with Funke Akindele.

At some point, it was reported that Khadijat drank a toxic substance when it was too hard for her to cope with the stories and she was subsequently rushed to a hospital where she recovered.

Adebayo has a thriving law office where he handles legal matters on properties and importation. The actor is also the MD/CEO of J-15 media network Nigeria.

Philanthropy
Adebayo is one actor that has always found a way to give back to his fans. On Valentine’s Day, a few years ago he selected 10 fans that had answered questions correctly about him and presented gifts to them such as cakes and customized pillow.
Tags : BIOGRAPHIES
Share This :