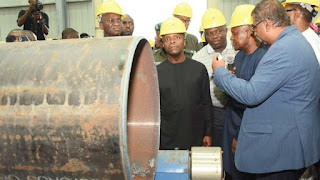 The 12,000mw, which is being expected from the Dangote subsea pipeline is far more than the average of 2,812mw, which is presently being supplied to power plants.

The subsea pipelines are expected to create a corridor for evacuation of trapped from offshore platforms in Nigeria to allow their monetization.

Most of the associated gases produced offshore in Nigeria are currently being re-injected or flared. Hence the Dangote strategy is to serve as a transporter only transporter and processor, or buyer for producers of the gases.

Speaking at this year’s Ghanaian International Petroleum conference (Ghipcon 2018) which held in Accra, Ghana, the Technical Adviser to the President of Dangote Group on Refinery and Petrochemical matters, who led the Dangote Refinery team to the Conference, Engr. Babajide Soyode, noted that Alhaji Aliko Dangote will always do his best in whatever sector of the economy he ventures into, and that is why this refinery will be completed and meet the needs of Nigeria, West Africa and the entire African continent. 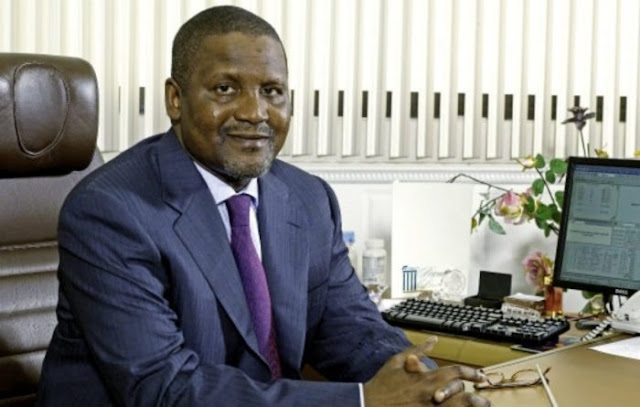 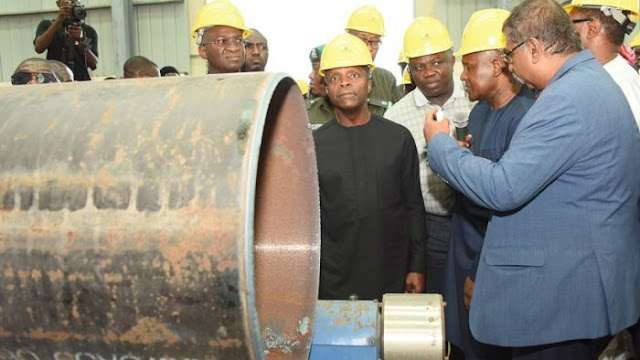 He went further to state that the Nigerian government has been supportive of the refinery citing the visit of Nigerian Minister of State for Petroleum Resources, Mr. Ibe Kachikwu to the site of the Refinery during which he said the government would support efforts toward its completion.

“I have made very firm commitment to Nigerians that I must stop the importation of petroleum products by 2019 and I am going to keep to it.”, Kachikwu was quoted to have said.

Meanwhile, ahead of the completion of the Dangote Oil Refinery, petroleum importing African nations and Bulk Oil Distributors based in Ghana have expressed eagerness to patronize the Nigerian Refinery when production starts.

The oil buyers said arrangements have been put in place to import petroleum products from the world’s largest single-train refinery, situated, Lekki, Lagos state owned by the foremost industrialist.

Hints of eager expectation and hopes on the Dangote Refinery were revealed at Participants at the international Conference as well as oil distributors and marketers from various countries were eager to know how they could key in for supplies from the 650,000 barrel per day refinery, that is preparing to take the continent by storm.

The Ghananian government expressed the view that dealing with Dangote refinery for petroleum import would be a better business for African nations than depending on the international market for the supply of refined petroleum products, “we will rather purchase from the Dangote Refinery due to the proximity of the refinery to Ghana and other neighbours.

During their visit to the Dangote oil exhibition stand, the Ghanaian Vice-President and the Minister of Energy, Boakye Agyarko, were amazed at the size of the project and expressed satisfaction with the pace of work being done at the refinery.
Tags : TECHNOLOGY
Share This :