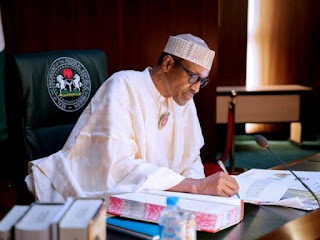 Mr Edobor Iyamu, Senior Special Assistant to the President on Niger Delta Affairs, on Tuesday said that militancy in the Niger Delta region was being contained by the Buhari administration through series of people-oriented programmes.
He said this while addressing State House correspondents after the unveiling of the Niger Delta Vision website, www.ndnewvision.gov.ng, by Vice President Yemi Osinbajo in Abuja.

The ceremony was held during the 2018 World Environment Day.

According to the presidential aide, following the palliative to the people of the region, oil exploration has increased and has been sustained over a long period of time.

Iyamu said, “It (militancy) is being contained; this administration is doing a lot to ensure that we are in tune with all of the agreements reached and to maintain peace in the region”.

Iyamu recalled that since the United Nations Environmental Protection (UNEP) report was produced on Ogoni cleanup in 2011, nothing was done until the Buhari administration intervened.

“Since this administration came into power, it has commenced a number of activities in fulfillment of the UNEP report,’’ he said.

According to him, the report says some preliminary steps should be taken, one of which is that a health impact assessment test, water contamination test and other medical outreaches must be carried out.

Iyamu said that such preliminaries were to bring in some kind of palliatives to the region.

He noted that Hypre, the agency in charge of the Ogoniland cleanup, had done a number of medical outreaches as well as a number of assessment in respect of water pollution extent.

He observed that the cleanup was at a point where advertisements had been published for interested companies to bid from where no fewer than 120 companies were pre-qualified and ready to move into the technical and commercial bid stage.

Iyamu said the next stage would take place in one or two months, adding that after the process contract would be awarded to successful companies for the actual remediation to begin.
Tags : NEWS
Share This :