Madonna's steamy love letter to female model up for auction! Read the letter!! 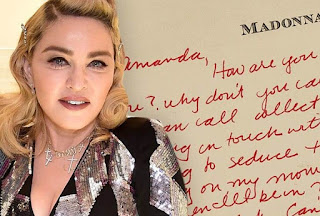 Read the TMZ report below...

Madonna was crushing hard on the model she famously kissed in her 1990 "Justify My Love" video, and professed it in a love letter... which could be yours, but not for cheap.

The Material Girl sent the handwritten letter to Amanda Cazalet in 1991, not long after the 2 worked together on the sexy music vid. She starts with a joke about not being able to get in touch with Amanda, saying it's like "trying to seduce the pope."

It gets much steamier from there, with Madonna calling her the most beautiful woman in the world and admitting she fantasizes about kissing her again. She adds ... "I cannot explain my attraction -- nevertheless it's there."

According to the online auction house, GottaHaveRockandRoll.com ... Amanda says this letter is just one of several between Madge and her during the years following the music vid.
We're told it will hit the auction block July 11, with a starting bid of $15,000, and close July 20. 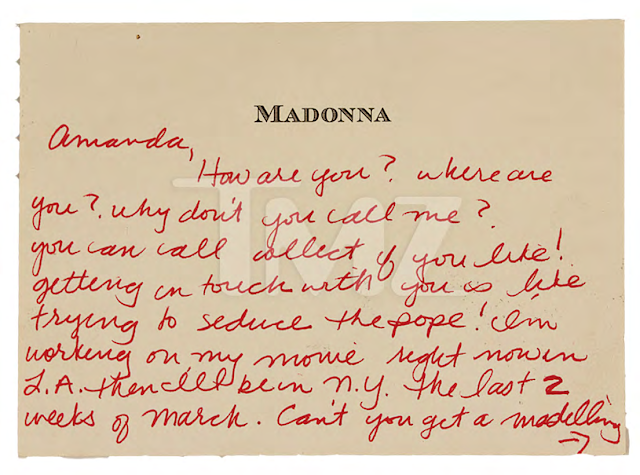 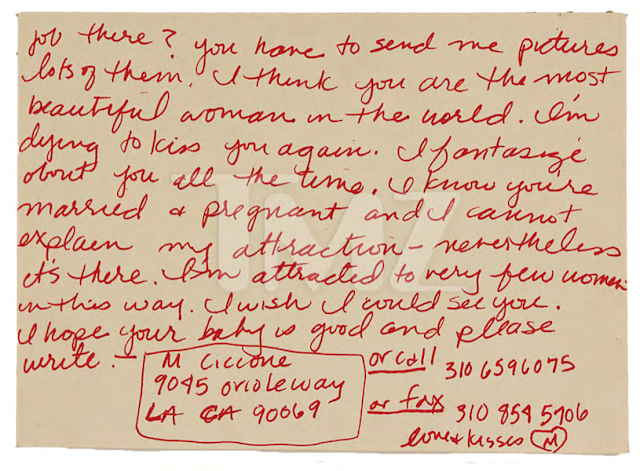 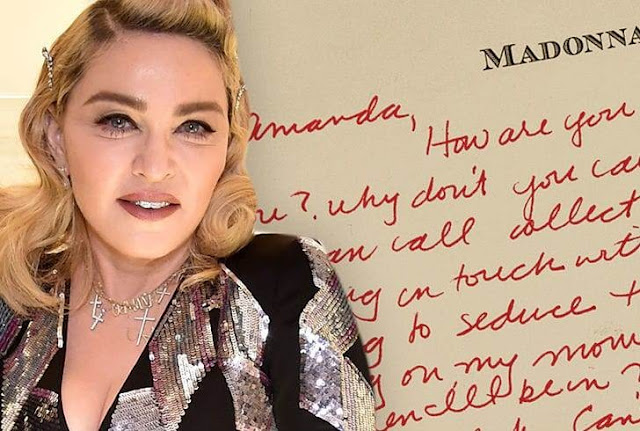