Mums reveal six unexpected changes to their bodies after pregnancy 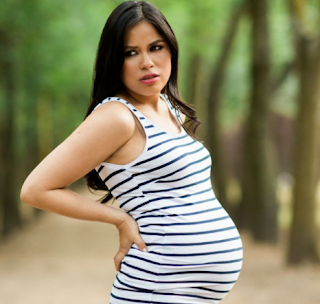 We all know a woman's body changes during and after childbirth but new mothers have been left surprised by certain changes to their bodies which they never expected and no one warned them about.

From your hair to your feet, your body will change in ways you didn’t expect. These mums discuss the six surprising changes that happened to their bodies post-pregnancy.

1. Shoe Size.
Foot size can increase during pregnancy and stay that way after your baby’s birth.

A 2013 study by the University of Iowa confirmed that pregnancy permanently changed the size and shape of women’s feet. After measuring women’s feet at the beginning of pregnancy and five months after delivery, it found that the arch of the foot flattened out, possibly due to the extra weight and increased looseness (laxity) of the joints associated with pregnancy. It also concluded that these changes may be why women have an increased risk for pain or arthritis in their feet, knees, hips, and spines when compared to men.

2. Core muscles.
If you still look pregnant months after delivering your baby, you may have the postpartum abdominal condition called diastasis recti. While it may not be well known, it is common with about two thirds of women thought to have the condition postpartum.

It is caused by the two muscles that run down the middle of your stomach separating during pregnancy because your uterus has grown and pushed the muscles apart causing them to elongate and weaken.

Also, just because you didn’t have it during your first pregnancy, doesn’t mean it won’t happen during subsequent pregnancies.

After having pancreatitis and almost dying during her first pregnancy, Sally How (@howfinedesigns) said: "Then I had diastasis recti or separated abs after my second pregnancy. The joys of pregnancy!"

Laura Cartwright, who blogs as Worcester Mommy, said: ‘Weakness of core strength was a surprise. "Some people actually have the muscles separate. My son was a big baby and I hadn’t a big bump!"

3. Hair.
It has been said that hair gets thicker and sheds less while a woman is in her second trimester thanks to all that oestrogen and progesterone. Also, you’ve probably noticed your drain getting clogged with clumps of hair a few months after birth when it starts to excessively shed following a drop in the hormones. But some women experience dramatic changes to the texture of their hair too.

Twitter user @Nutmad_ said: "My feet got bigger but now, over two years after birth, they are almost back to normal. What changed was my hair – it went from totally straight to wavy".

Again, it is believed to be down to those hormones and can also change your hair during puberty or at menopause too. Some women report changes to the texture, type or in some cases even the colour of their hair during and following pregnancy.

4. Haemorrhoids.
"I totally didn’t expect to get piles after pregnancy – that was a nice surprise (not)" said an anonymous mum-of-one.

"I didn’t realize why going for a number two was hurting so much at first until I spoke to the health visitor but considering all the pushing you do down there it makes sense!"

Postpartum haemorrhoids are common but also an often unspoken part of giving birth. They are blood vessels which have become swollen and can range in size and pain levels. Usually, they will go away soon after you’ve had your baby but some women will find they remain longer. Avoiding foods which may cause constipation, drinking plenty of water and using over the counter creams and suppositories can help.

5. Varicose Veins.
Pregnancy can leave you with swollen purple-blue veins in your legs. The strain from your growing tummy causes varicose veins and it is more common if other members of your family have them.

If they cause you discomfort, there are ways to treat them such as compression socks, regular exercise, avoiding standing for a long period of time and elevating the legs while resting.

Samantha Evans, @SamTalksSex, said she didn’t expect to have vaginal dryness after giving birth and even though she sought professional help, found their advice was insufficient.

"I wish my GP had recommended a good pH balanced lube instead of telling me to have a glass of wine to relax when we attempted sex," she said.

Samantha added that she used YES organic lubricants, saying: "They have transformed my vaginal health and sex life, something I’ve written about extensively."

Another mum replied to say during pregnancy she found PIV sex "really, seriously painful, absolutely not the kind of 'heightened sensitivity' I had read about".

After pregnancy, however, she said it felt unbelievably good and better than it did before pregnancy.
Tags : HEALTH
Share This :