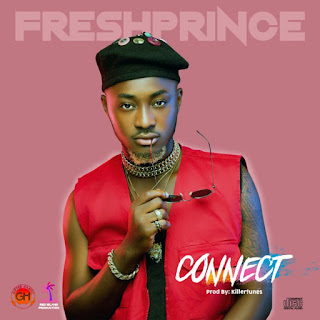 Damilola Adewale aka Fresh Prince was born on 16 march 1994. He is a Nigerian singer, songwriter. His stage name Fresh Prince ‘lomo’ with ‘lomo’ pronounced as ‘law more’ in Yoruba.Damilola Adewale (FreshPrince) was born in Agege a Lagos sub-urb in Nigeria, the lifestyle and hustles associated with the environment influenced his style of music.Freshprince created a new tune, ‘They love the way’ featuring 9ice which enjoyed a lot of airplay and sold over 100,000 online and still selling.In 2013, Freshprince‘s music journey took a huge turn when he met Ace Producer, Bazetubeatz who became a brother and inspiration. Freshprince got signed to his Gifted Hands Music in 2017.Freshprince has two hot music videos which are enjoying huge airplays and still selling massively online under the Gifted Hands Music imprint.He has recorded various songs in the past years which has given a recognition in the music industry in Nigeria and now, he’s here with a new monster hit single titled “Connect“.This song is nothing but a certified banger. Jam it and Thank us later
Listen, Share & Download “Freshprince – Connect” below:-