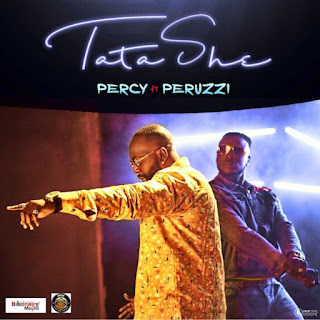 After appearing on Yung6ix’s hit single “Money Is Relevant” alongside Phyno, Trick Billionaire Musiq star Percy teams up with DMW pop force Peruzzi on his latest offering.Produced by Davido’s “Assurance” producer Speroach Beatz, Percy is back with a super sonic track titled “Tatashe“.The collaborative effort from Percy and Peruzzi is a smash hit waiting to happen; proving both acts are definitely in the future of Nigerian music.
Listen, Share & Download “Percy x Peruzzi – Tatashe” below:-