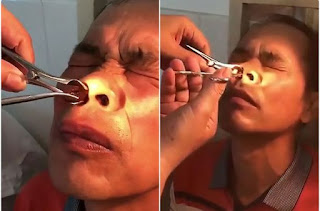 Doctors have pulled a live leech from a patient’s nostril where it had been hiding for two weeks.

The disgusting extraction was filmed by a nurse as Dr Liu Xiongguang grabbed the parasite and yanked it out. The 51-year-old had been having nosebleeds for 10 days non-stop.

He went to the Beihai People’s Hospital in South China and was helped by Dr Liu, who is the facility’s chief ear, nose and throat specialist.

He tells the patient to be calm while the man’s agonising facial expressions suggest it to be a painful experience in the footage.

When the leech is finally pulled out his right nostril, the patient’s eyes widen in disbelief.

“The male patient is 51 years old. “He’s just come back from work in Yunnan Province and has been suffering from nosebleeds for more than 10 days. “His wife said she had seen something peek out of his nostrils.

“When I checked I saw it in his right nostril, then I found something in his left nostril that suddenly disappeared. “We confirmed it to be a leech during a nasal endoscopy. “My nurse almost collapsed from fright.”

It is not entirely clear how the patient acquired the slithery nose invader but, but it likely entered his nostrils while he swam in a river.

He is believed to have hosted it for at least two weeks. 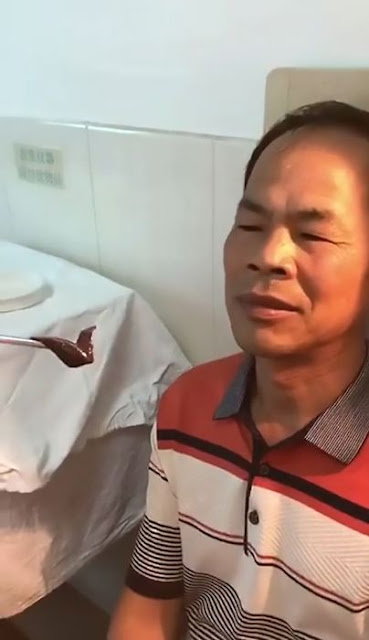