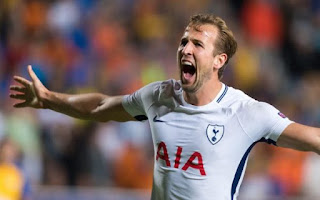 Striker Kane, 24, scored 30 Premier League goals as Spurs finished third in the table last season and is about to lead England at the World Cup.

“It’s been fantastic to consistently get in the Champions League so I’m really excited to have another go at that, and with the Premier League and FA Cup, we’ll look to go as far as we can.

“I’m really excited about the World Cup, so it’s nice to get this done before that and I’m just looking to go out there and enjoy it now.”
Tags : SPORTS
Share This :