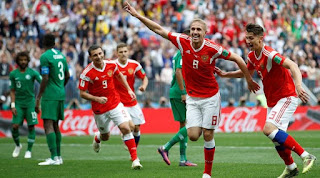 The world cup kicked off today with a surprising score in the opening game between Russia and Saudi Arabia. The host nation, Russia comprehensively crushed Saudi Arabia, 5-0 with Yuri Gazinsky scoring on a header 12 minutes in.

Russia’s second, third and fourth goals were all by substitutes: one by Artem Dzyuba and two by Denis Cheryshev. With time running out, Aleksandr Golovin got a fifth goal on a free kick, past a badly tired Saudi defense. 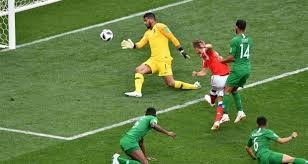 Saudi Arabia, a team whose players are virtually all based in their home league, played averagely but just couldn't get one shot on target.

Even at halftime, the Saudi Arabian players looked tired, and it did not get better as Dzyuba scored on another header, then Cheryshev added his second in the 90th minute. 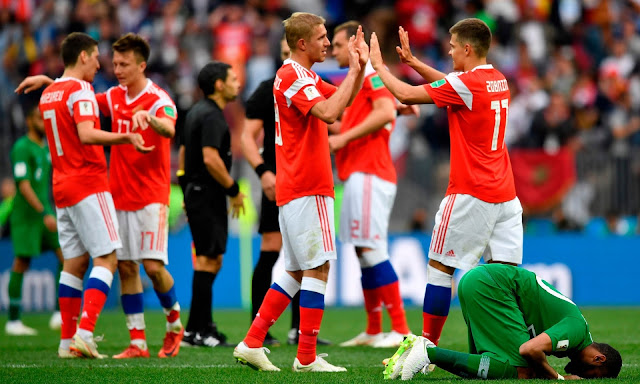 It was a great start for the host nation, who will still face Egypt and Uruguay in order to qualify for quarter finals.
Tags : SPORTS
Share This :