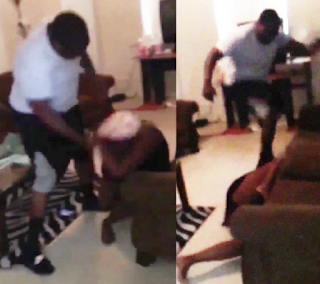 An Alabama man filmed himself brutally beating his wife just for fun, then it was shared online.

The disturbing video showing the beating has gone viral and angered viewers. In it, the Mobile Alabama man is seen slapping the woman and stomping on her as she tries unsuccessfully to protect herself from the blows.

The video was recorded by a family member who did nothing to stop the assault. According to reports, the abusive man accused his wife of "telling their business" to the man's son from a previous relationship.