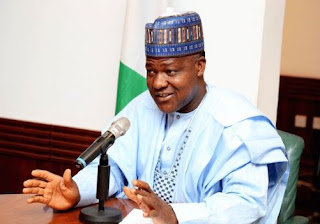 Bgoro is the local government of the Speaker of the House of Representatives, Yakubu Dogaora.

Bogoro is one of the seven local governments where the Bauchi South senatorial bye-election was held.

Although Mr Dogara is officially a member of the APC, he is expected to defect to the PDP soon due to disagreements with his state governor.

As at the time of this report, results of three other local governments (Toro, Dass, and Kirfi) in Bauchi South had also been announced with the APC winning in those three.
Tags : POLITICS
Share This :