PDP says Six APC governors, 27 APC Lawmakers are on the verge of decamping to their party 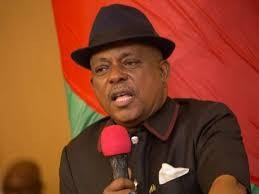 The Peoples Democratic Party (PDP) says it is concluding discussions with more state governors and members of the National Assembly elected on the platform of the All Progressives Congress (APC) ahead of their decampment to the PDP.

The party in a statement released by its national publicity secretary, Kola Ologbondiyan, said it has already concluded discussions with six APC governors and 27 APC members in the National Assembly, who have also drawn their consultations and secured the mandates of their constituents to move to the PDP ahead of the 2019 general election. Part of the statement reads

The PDP verifies that discussions on control of party structures in the affected states and senatorial zones have also reached advanced stage and would be completed in a couple of weeks after which the governors and lawmakers will announce their defection to the PDP.

However, in line with decisions reached at the discussions, the members of the National Assembly decamping to the PDP will cross-carpet at the reconvening of session in the two chambers, which will increase the PDP majority in both chambers.

The party assures that all grey areas of the agreement, including issues of waivers and accommodation for participation in primaries, are being smoothened out by the former Governor Liyel Imoke-led PDP Contact and Integration Committee, which has been galvanizing our alliances among stakeholders across other parties, including those from the APC.

The PDP also commends the spirit of tolerance, dialogue, accommodation and oneness of purpose that pervade the alliance among members.

The party expressed its readiness to take back control of power at the center, as well as in our traditional states of Plateau, Niger, Adamawa, Kano, Bauchi, Nasarawa, Kebbi, Kaduna, Katsina, Kogi, Jigawa, Zamfara, Imo, Edo as well as southwest states of Oyo, Ogun, Osun, Ondo, Lagos states.

The PDP therefore charges all members and supporters to remain steadfast and wary of the gimmicks of the deflated APC, which has resorted to sponsoring spurious publications filled with deceptions, fabrications and lies against our party.

The PDP also commends Nigerians across board for their overwhelming support and solidarity with the repositioned PDP as expressed in the unprecedented interest in our tickets for various elective positions, particularly the presidency, governorship and National Assembly positions, in addition to spirited public discourse at all levels of political engagements across our country.

These interests and movements from the APC to the PDP are indicators of the consensus by Nigerians to rally on the platform of the PDP to end the economic hardship, bloodletting, violence and infrastructural decay that have become the hallmark of the President Muhammadu Buhari-led APC administration, and return our nation to the path of unity, national cohesion and economic prosperity, which the PDP is known for.
Tags : POLITICS
Share This :