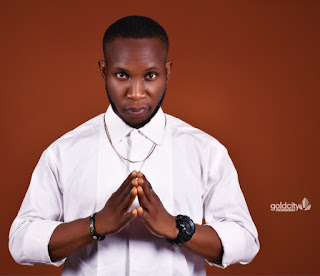 SaraKelly is a fast-rising Nigerian singer and songwriter who rose to fame with his hit single "Oluwa Gucci". He was born on the 18 of November 1993 at anambra state part of Nigeria to the Christopher Umeakubuike family. His father, a retired soldier and his mother, Blessing Chinwe Umeakubuike, a Nigerian actress why his younger brother, Oyidikachi Christopher Umeakubuike (Daddy G) is a popular comedian.

SaraKelly attended Baritone and Zion High School from his primary and secondary education. He obtained his BSC degree in accounting at the University of Port Harcourt.

It all started When he gave a music ministration in his Church and people encourage him to go more further in music entertainment as he love and cherish music so much Ever since then he took the decision to grow his music career. SaraKelly has been growing consistently dishing out hits back to back. His first ever hit song "Oluwa Gucci" produced by DJ Fub was given a visual treatment which gained more than 500000 YouTube reviews on his second week of his release.

SaraKelly who said he looks up to the likes of 2face Idibia, Davido, Mr Eazi, Timaya, Flavour and Olamide, he's also given music loves a tip of he's got to offer.

HERE ARE HIS SONGS