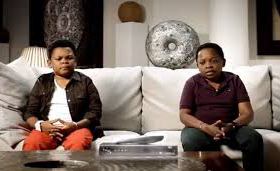 If you haven’t heard of Aki and Pawpaw then you probably don’t watch Nollywood movies. As a matter of fact, most fans don’t even know their real names despite the fact that they’ve been in the industry for over 15 years.

In some of these movies, they act as brothers in movies while in others they act as rivals. But whatever the case, Aki and Pawpaw have grown to become an inseparable pair both on and off the movie set. In fact, they have a foundation, Aki and Pawpaw Childcare Foundation which they run together.

In this post, you’ll get to find out some interesting things about these actors both as individuals and as a pair. Also, we’ll provide a full list of all the movies they’ve featured in together.
Chinedu Ikedieze (Aki) 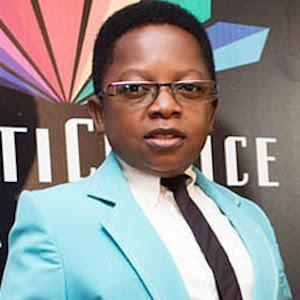 Chinedu Ikedieze popularly known as Aki shot into prominence in 2002 when he featured in the movie, Aki na Ukwa alongside Osita Iheme popularly called Pawpaw.

Aki has starred in over 200 movies since he began acting in 2002. Some of his most popular movies include Aki na Ukwa, World Apart, Jardons, Spanner, Secret Adventure, The Heroes, Soldier Ants and Fifth.

The actor revealed that he dreamt of being a doctor or lawyer but when he joined the Dramatic Society of his secondary school as a teenager he discovered he had a passion for acting.

But the actor didn’t feature prominently in Nollywood until after his education at the Institute of Management and Technology in Enugu.Prior to featuring in his breakthrough movie, Aki starred in the movie, Evil men in 1998 where he played a minor role.

Four years later, the actor played the role of Aki in the block buster movie, Aki na ukwa. In 2013, Aki co-produced a Hollywood-Nollywood movie, “Take the Spotlight” which featured some Hollywood celebrities like Lynn Whitfield and Glenn Morshower and was shot in Dallas, USA.

In a bid to improve his acting and take up new opportunities, Aki enrolled at the prestigious New-York Film Academy.

The actor has bagged several awards over the years; some of these include the Lifetime Achievement Award at the 2007 Africa Movie Awards.

The actor is happily married to Nneoma Ikedieze, an accomplished fashion designer and the owner of Nikiz Fashions.
Osita Iheme (Pawpaw) 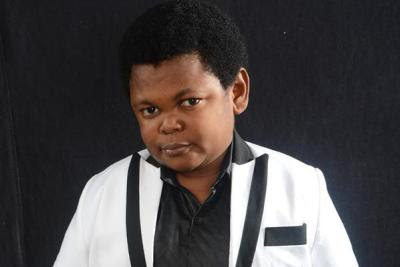 Osita Iheme is the sidekick of Chinedu Ikedieze, he is popularly known as Pawpaw based on his role in Aki na ukwa.

The actor was born on the 20th February, 1982 into a family of five children and hails from Mbaitoli in Imo State.

Although, he was born and bred in Abia State, he received a Bachelor of Science in Computer Science from Lagos State University.

Osita is also the founder of Inspired Movement Africa which is focused on inspiring, motivating and stimulating the minds of young Nigerians and Africans.

Pawpaw rose to fame when he featured in Aki na Ukwa and played the role of a mischievous child. However, his role has since evolved to more mature roles

The Aki and Pawpaw Brand

The Aki and Pawpaw brand was born when a certain producer, Kasvid found a way to connect the two small-sized actors.

The producer invited him to a movie location in Enugu where he met Pawpaw and as they say the rest is history.

Prior to their first meeting, the duo had never mey each other but after the encounter, they became best of friends.

It would be recalled that Kasvid died recently from an autocrash in January, 2018 while on his way to his hometown in Anambra State.

He was said to have died on the spot although another report revealed that he survived the accident but got knocked down by a hit and run driver while was attempting to cross to the other side of the road.

Kasvid is known to have produced popular Nollywood movies featuring Aki and Pawpaw as well as movies like Mr Ibu in London and Issakabba.


Movies
Below is a comprehensive list of the top 50 movies, Aki and Pawpaw have shot together in the last 15 years. Typically, the actors are known to play the role of mischievous kids although in recent years, their roles have become more matured.
Tags : BIOGRAPHIES
Share This :