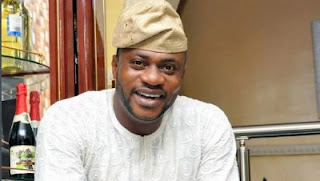 Odunlade Adekola is a popular figure in the Yoruba film industry in Nigeria otherwise known as Nollywood Yoruba. He has featured in over 100 movies since he debuted as an actor in the 90s.
Before we delve into the full list of movies Adekola has starred in, let’s take a quick look at the actor’s biography. 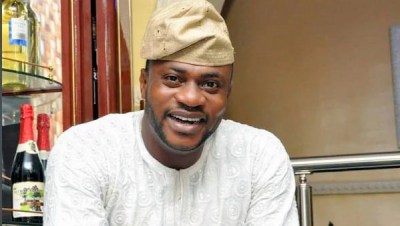 Adekola was born on December 31st, 1977, in Abeokuta, Ogun State, Nigeria. He was born and brought in Abeokuta where he attended St John RCM Primary School and St Peter’s College for his primary and secondary education respectively.

Adekola was born into a Christian home. His father is a Pastor while his mother is a deacon at the Christ Apostolic Church (CAC) in Abeokuta. Adekola is also a member of CAC and according to the actor he is a committed Christian. However, there have been rumours in the past, that Adekola’s rise has been diabolic in nature. These claims have been strongly denied by the actor.

According to the actor, his parents have always being avid supporters of his career. Adekola had his tertiary education in Moshood Abiola Polytechnic (MAPOLY) where he obtained a diploma certificate.

He is also a graduate from the University of Lagos where he bagged a Bachelor’s degree in Business Administration at the prestigious institution.

Adekola debuted as an actor in 1996. Prior to starting his acting career, he was inspired by the like of Taiwo Hassan (Ogogo), Adebayo Salami (Oga Bello) and Lere Paimo. However, his most important influence was the late Isola Durojaye (Alasari).

Adekola is married to Ruth Adekola and they have 3 children together. There were rumours of the actor having an amorous affair with a colleague, Taiwo Aromokun however the actress claimed she broke off the relationship when Adekola refused to take her as a second wife.

Odunlade is quite popular in the country especially among Yoruba movie lovers and he has signed several lucrative endorsement deals with the likes of Glo, Goldberg and Conoil.

Prior to his debut in the Yoruba film industry, Adekola began acting in church where he used to play the role of jester alongside his childhood friend, Tunde. In Nollywood Yoruba, Adekola debuted with movies like Faworaja and Asiri Gomina. It was Asiri Gomina that gave him his big break and according to him, this was his most challenging movie as he had to play the role of a State Governor.

With regards to movies, Adekola has featured primarily in Yoruba movies but he has been seen in several English movies in recent times.

He starred in Taxi Driver (Oko Ashawo), Wives on Strike and New Money. Overall, he is a very versatile acting and he is arguably the best in the Yoruba movie genre.

He is the CEO of Odunlade Adekola Film Productions where he trains upcoming actors and actresses. He has some protégé in the industry. One of which is Tunde Owokoniran popularly called Tilapia. The actor graduated from the school in 2014.

As an accomplished actor, he has won several awards, some of which include:
In this post, we’ve compiled a full list of movies in which Odunlade Adekola has featured. These include:
The movies he has produced include Baba Super, Ila Owo, Eje fun Eje, Fayebora, Emi Nire Kan and Farapamo.

Some of his most popular movies of all time include:

Oyenusi (2014)
Oyenusi is one of Odunlade’s best movies till date. His delivery in the movie was nothing short of exceptional. His dynamic and fantastic acting was ubiquitous all through the movie.

Taxi Driver (2015)
Taxi Driver is a comedy thriller which was produced by Ayobami Macauley. Adekola played the role of a taxi driver that helped his friend’s son, Adigun in getting accustomed to Lagos after arriving from the village. Other stars in the movie include Hafiz Oyetoro, Babajide Alimisin, Richard Akinladen and Ijeoma Grace.

Dognapped (2017)
Dognapped is another exciting comedy which featured Adekola and the likes of Lota Chukwu, Paul Utomi and Julius Agwu. The movie was produced by Temitope Adebayo and Kayode Kasum.

Shola Arikusa (2017)
Shola Arikusa is an exciting thriller featuring Odunlade Adekola where he plays the role of Shola Arikusa. In the movie, he lost his whole family in a political fraca and he decided to seek vengeance with the gods of Ijamido.

In this movie, Adekola played the part of Morufu and as usual his delivery in this movie was no short of excellent.
Tags : BIOGRAPHIES
Share This :