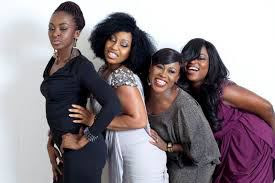 The Nigerian Nollywood industry is among the highest ranked in the world. It has risen steadily to fill an enviable position since the Nigerian market has a population of 160 million Nigerians. The actors and actress that have distinguished themselves has been rewarded handsomely. In this article, I will focus on the top richest actress and their worth in Nigeria. 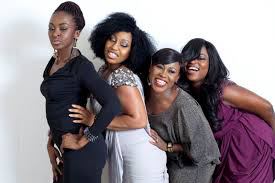 10. Mary Remmy-Njoku
She is not exactly a regular name in Nollywood. Despite that, she is still among the richest actresses in Nigeria. Her husband is Jason Njoku, who is the CEO of Iroking.She is the CEO of ROK studios, which is a very popular studio in Lagos.

9. Patience Ozokwor
She is always and popularly called mama G. the acting and movie industry where she has played so many key roles especially as a mother. Her net worth is believed to be N390 million. Some said she is Nkem Owoh’s relation.

8. Danielle Okeke
She is a top actress in Nollywood. She is equally a producer. Name of her company is DCOVI Entertainment. She once bought a $5,700 Vertu Constellation phone. She has 4 cars and owns a home at Lekki. her net worth is N390 million.

7. Clarion Chukwura Abiola
She is a professional actress by all standards. She is the Mother of Clarence Peters and also wife to Sir Shina Peters, the popular Juju Musician. She is a legend in all sense of the word. Her net worth is N400 million.

6. Kate Henshaw Nuttal
The popular, charming and ever young Kate Henshaw is our No 1 on the top ten. A very talented personality and attractive individual, she deserves a mention as her net worth is around 67 million naira. She has also won awards as best actress in leading roles she played at in a movie in 2008. Hope you find this list of the top ten richest actresses in Nigeria helpful.

6. Ini Edo
Born in Calabar Nigeria, she has made her way to seat among the top actresses. Buoyed by her gift and charm, she is a well-known celebrity in the nation. She currently has a fashion based business which kinds of blends into her lifestyle. She has a 50 million Naira mansion in Lekki, Lagos State. Her G-wagon costs 30 million Naira. Her net worth is 450 million.

5. Funke Akindele
She is fondly calked Jenifa. She is equally one of the highest paid actresses in the Nigerian movie industry. She is interesting in all sense of the word. Her net worth is N510 million.

4. Omotola Jalade Ekeinde
Omotola has become a household name and celebrity in Nigeria. She sings and is involved in the Nigerian movie industries where she has been very successful. Her net worth is believed to be N550 million.

3. Mercy Johnson
She started acting early and as a gifted actress, he has done over a hundred movies. The Kogi State born actress is loved by many in the entertainment industry. She is worth about 600 Million Naira.

2. Genevieve Nnaji
A popular and sometimes controversial Actress, Genevieve has become a household name in the country. She is one of the most popular actress in the movie industry.She has acted In so many movies and has made a lot. Net worth is 850million

1. Rita Dominic
She always gets attention wherever she is present in the entertainment industry. She has really established herself as a go to actress in movie productions. She has a net worth of N950 million
Tags : MOVIE
Share This :