Doctors Salary in Nigeria: See How Much Doctors Earn 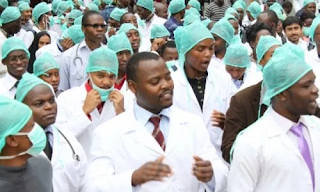 Medicine is a noble profession and it is generally expected that doctors ought to be well paid because of their unique job of saving lives.Unfortunately, this hasn’t really being the case in a country like Nigeria. In fact, one thing the healthcare system in the country is known for is the frequency of industrial action usually taken by medical professionals. And the reason often boils down to poor welfare and salary package.

Apart from the salary and welfare issues, doctors also face other challenges. One of the prominent one is unemployment which was rarely heard of in the past.

However, this post will be focused on the salary package of doctors in Nigeria from the entry level position to the consultant level.

Usually, after graduation, the doctor who is called a house officer or intern earns between N150,000 and N200,000 This could be more or less depending on the hospital. Doctors working in Federal Government hospitals typically earn more than their counterparts in the State.

In recent times, graduate doctors have found it difficult securing internship placement because of the increasing number of graduates being produced each year from the medical schools across the country.

This could be problematic for many doctors because it has been stipulated that any medical graduate that doesn’t start his/her internship within 2 years of graduating from medical school will have his/her licenced revoked. If this happens, the doctor will need to retake the pre-graduation exams set by the Medical/Dental Council of Nigeria.

Usually, after the doctor’s tenure as a house officer, the next step is the one year mandatory national youth service. In this case, the salary often drops below the earnings as a house officer. Some doctors earn as low as N50,000 while others may have to work for free while relying solely on their NYSC allowance.

Often times, the best option for an NYSC doctor is to work in any of the major private hospitals in the country. In this case, the doctor can earn close to his salry during his/her housemanship year.

Once, a doctor is done with NYSC, the next step is to identify a specialization where s/he intends to do his/her residency. However, it’s not compulsory for the doctor to go on to specialize. There are other career paths for doctors, but the typical path is the residency programme.

Prior to applying for residency positions, it is expected that the doctors passes his/her primaries exam.

Once this hurdle is cleared, the next step is getting placement in any of the government or specialist hospitals that provide residency programs.

Getting admitted into a residency program has become really tough these days due to the increased number of doctors in the country.

This probably explains why many doctors are jetting out of the country. On the other hand, you can choose to work in private hospitals where you’ll be paid between N120,000 to N250,000 depending on the hospital.

A residency position offers much better because you earn more as you climb up the professional ladder. Usually, junior residents doctors earn between N190,000 to N220,000. As stated earlier, Federal Government hospitals often pay more than their state counterparts.

Consultants in Federal Government Hospitals are paid an estimated N800,000 monthly while their state counterparts are paid around N700,000. There are several options for consultant doctors. They can work in private hospitals and earn consultancy fees for their services.

Overall, based on the Consolidated Medical Salary Scale (CONMESS), Federal Government earn between N195,000 and N220,000 excluding tax and other reduction. However, state hospitals may pay as low as N150,000 but the highest paying states offer up to N240,000 as monthly salary.

Apart from their basic salary, doctors have access to other allowances and bonuses which have been highlighted below:
Often times, it has been reported that the government fails to pay some of these allowances. For example, very few doctors are found in the rural communities because there is really no extra incentive to work there.

However, doctors have learned how to make ends meet through multiple job earnings. For instance a doctor can work in a private clinic alongside his position as a resident doctor in a State or Federal Government hospital.

For those with the financial power especially the consultants; they can own their own clinic along with their consultancy position in the government hospital.


Wrapping up
It may seem like the salaries of Nigerian doctor isn’t anywhere close to what is obtained in developed countries like the U.S and the U.K, nonetheless the profession still comes with an intrinsic benefit which is the joy of providing care and saving lives. This act of service by the doctor can never really be quantified in monetary value.
Tags : HEALTH
Share This :