3 Policemen Arrested For Gambling On Duty 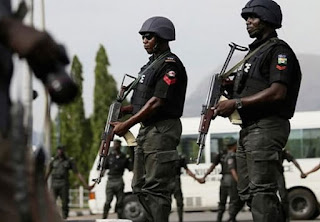 Three policemen attached to the Lagos State Police Command have been arrested for gambling on duty.
They were arrested at Opebi, Ikeja, after a video, which had gone viral, showed them counting their wins.

A statement by the command’s spokesman, Chike Oti, a Superintendent of Police (SP), noted that the policemen were alleged to be counting bribes they collected and were smoking.

He said: “Based on the allegation, the Commissioner of Police (Imohimi Edgal) ordered for their arrest, detention and trial.

“Preliminary investigation into the case revealed that the men were not counting bribes received as alleged but coupons they collected from a game of gambling (Baba Ijebu) they played.

“The men are currently facing disciplinary actions that could lead to reduction in rank or dismissal. It is wrong to engage in such distracting activity while on duty.

“CP Lagos encourages members of the public to always expose, albeit accurately, indisciplined and unprofessional policemen.”
Tags : NEWS
Share This :