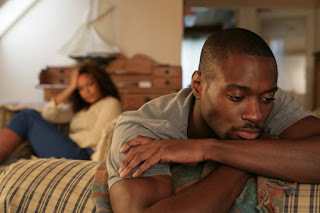 A housewife, Hassan Angyan, on Tuesday begged a Kubwa Grade 1 Area Court to dissolve her marriage with Shuaibu Abdullahi, over his drunkenness, refusal to pray and battery.
Angyan told the court that she got married to Abdullahi 30 years ago, under Islamic Law, the marriage produced six children.
She then said Abdullahi formed the habit of drinking beer and refuses to perform the five times obligatory Islamic prayers.
She added that her husband also refused to observe the Muslim fast that was just concluded during Ramadan.
‎“Whenever he is drunk, he engages me in a physical fight and beats me up mercilessly,” she said.
She, however, prayed for the court to dissolve her marriage on the grounds of Abdullahi’s drunkenness, refusal to pray and constant beating.
Abdullahi, who is a cleaner at Efab Metropolis Estate, Dutse Express, Abuja, pleaded guilty saying that he would write an undertaking to stop drinking.‎
He also said he would share his salary into two, keep half of it to himself and give the other half to his wife for upkeep.
The judge, Abdulwahab Mohammed, however, asked Angyan to observe her husband’s attitude and report to court on June 28.
Share this post with your Friends on
Tags : LIFESTYLE
Share This :