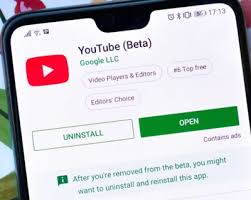 YouTube has rolled out an official Play Store beta program for its Android app. You can join to help improve the program. YouTube beta program is open to everyone, app developers but you are not allow to share the feature you are testing until when its publicly launched. 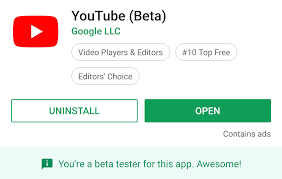 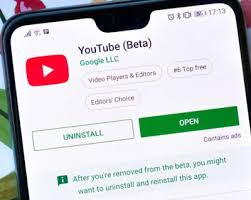 >>Follow the onscreen instruction and you are good to go as a tester.