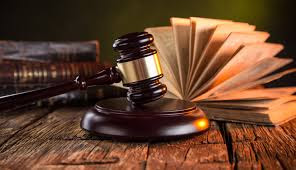 Chairman of Innoson Motors Nigeria Ltd., Innocent Chukwuma, for the fourth consecutive time, failed to make an appearance in court for his arraignment. 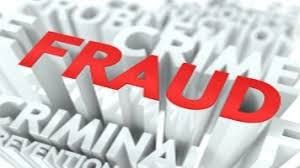 He was scheduled to appear at an Ikeja Special Offences Court on Wednesday (today) .

The News Agency of Nigeria reports that the automobile boss had previously failed to come to court for his arraignment for charges of fraud variously on January 17, February 9 and March 14.

On the last court proceedings held on March 14, it was revealed that Innoson had petitioned the National Judicial Council over Justice Mojisola Dada, the judge, trying the case.

During Wednesday’s proceedings, Justice Dada had told Innoson’s defence team that she will not hear any application brought by them before her except the automobile boss was present in court.

“No application will be moved in the absence of the defendant, my position remains the same.

“You can bring a thousand applications before me for all I care, but no application can be heard in this court without the presence of the defendant,” Justice Dada said.

Innoson’s defence counsel, Mr. George Uwechue (SAN), had moved that “where there is an application before the court challenging jurisdiction, the court has a duty to hear the application, even in the absence of the defendant.”

Justice Dada, however, insisted that she will not hear any application until Innoson is present in court.

The SAN, in response, had an emotional outburst in the presence of stunned onlookers in the courtroom.

“You cannot stand me down, My Lord; you cannot stampede me, My Lord, I’m an octogenarian, I’am 50 plus years at the Bar,” Uwechue cried out.

“The more reason why you should be better composed and comported, don’t injure yourself,” Justice Dada warned the SAN.

Following Uwechue’s outburst, there was an exchange of words between the SAN, Prof. J. N Mbadugha and Mr. Anselem Ozioko, the lead prosecuting counsel for the Economic and Financial Crimes Commission.

During the exchange, Uwechue threatened to quit legal practice because of the conduct of Ozioko, the EFCC counsel.

Earlier, during proceedings, Ozioko had told the court that proceedings can go on despite the petition written to the NJC against Justice Dada by the defendant.

“I have it on good record that where there is a petition against a court, the court can proceed with the matter.

“We have the NJC’s directions to that effect so that we can proceed with the case.

“I have also been served with many processes today by the defence, one of which is a motion asking the court to set aside a process that my learned friend (Mbadugha) had received in open court.

“I’m sure that he realises that it will affect him negatively; that is why he brought the motion,” he said.

The EFCC prosecutor added that the anti-graft commission was taking steps to ensure Innoson’s attendance in the next court date.

Mbadugha, the defence lawyer for Innoson Motors Nigeria Ltd., had also told the court that he had. via appeal, challenged the jurisdiction of the court to hear the case.

“We have not been availed of the NJC’s directive, we have gone to the Court of Appeal as regards jurisdiction,” Mbadugha said.

The case was adjourned until May 24 for possible arraignment of the defendant.